Shoot Me Down: Hand-Shock Does Not Hurt Accuracy in Modern Compound Bows

Hand-shock? As it applies to today’s compound bows, it should be called “hand-nudge” or “hand-almost-imperceptible-tremor.” Yes, back when everyone was... 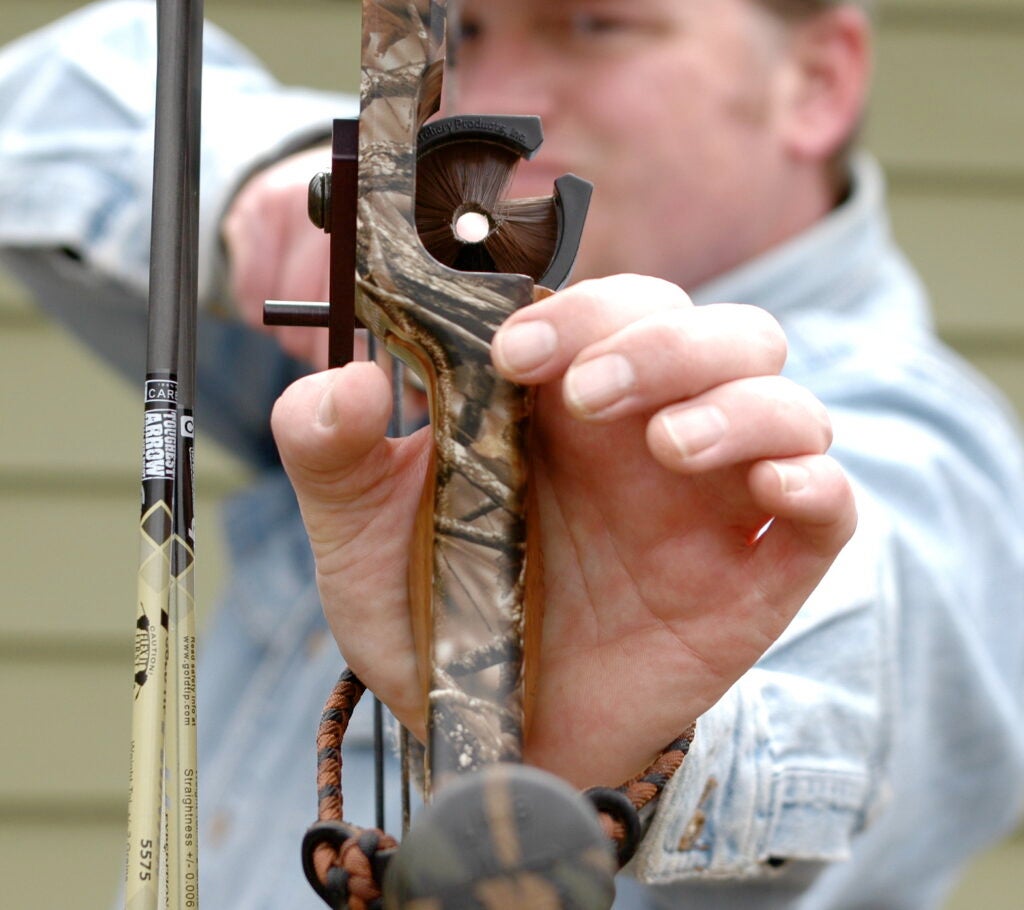 Hand-shock? As it applies to today’s compound bows, it should be called “hand-nudge” or “hand-almost-imperceptible-tremor.” Yes, back when everyone was shooting a D-shaped bow, most of us noticed that the unloading of the limbs caused the riser to recoil forward at the shot. Unlike gun recoil, this pushed the implement away from you, causing bows of the 1990s to jump out of your hand at bit. But today’s parallel limbs–with which the upward recoil of the top limb and the downward recoil of the bottom largely cancel each other out–virtually eliminated the problem. By and large, all that’s left over is a little vibration.

And yet archers still seem obsessed with hand-shock.

I test lots of bows, often with some very experienced shooters. Much of the time, we have to close our eyes to tell which bow has more hand-shock–or any noticeable hand-shock at all for that matter. I have stood there and listened to perfectly intelligent people say, “When I close my eyes, I do notice a little hand-shock with this bow,” as if that were a mark against it. Hello?

Even if you do feel a little hand-shock without closing your eyes, what’s the big deal? It’s hard to argue that it’s physically uncomfortable–at least with today’s bows. It doesn’t affect your form. It doesn’t seem to affect accuracy. Otherwise, there wouldn’t be so many Olympic and competition shooters who still prefer the old D-shaped bows. And it sure as heck ain’t going to affect your hunting success.

When pressed, some friends who’ve already heard this little rant of mine, have concluded, “Well, I just don’t like it.” (Hand-shock, that is. They don’t like my rant, either, but that’s something else). I can live with that (even though it seems possible that they don’t like it precisely because they’ve been told not to.) If you like one bow over another because you think it has less hand-shock, fine and dandy. But don’t tell me it’s a better bow because of it. These days, hand-shock has about as much bearing on the actual performance of a bow than does the camo pattern.

There you have it. Stand with me or shoot me down. And remember, the one who shoots me down most convincingly and with the most gusto (provided it’s tasteful gusto) will enjoy the untold pleasures of posting the next “Shoot Me Down” as an (unpaid) guest blogger.

Have at it. -Dave Hurteau