We continued our new-to-us trout river explorations over the weekend, this time traveling to a better-known stream in the western... 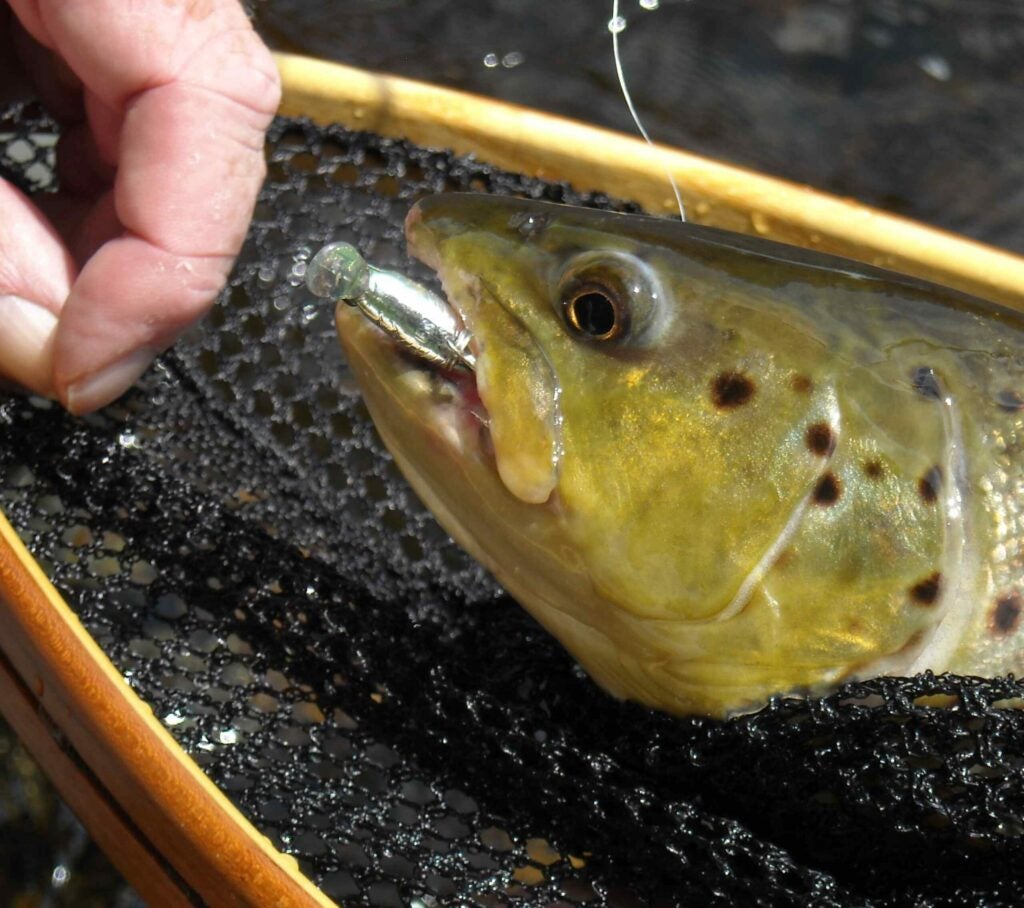 We continued our new-to-us trout river explorations over the weekend, this time traveling to a better-known stream in the western Adirondack mountains of New York. We caught fewer trout, but they were larger–a happy trade-off. Yesterday morning, I put down the fly rod for a while and fished with an ultralight spinning rig. The reel was spooled with 4# FireLine (a so-called superline), the fine diameter of which allowed very long casts with very small lures. One result was this brown trout that ate a little Yo-Zuri Pin’s Minnow.

That kind of tackle makes it easy to cover lots of water fairly quickly, much more so than with fly gear. This might or might not be a good thing, depending on your particular preferences or prejudices as to fishing method …

Personally, I’m comfortable and happy with either one. Sometimes flies work better than lures. Our largest trout of the trip was an 18-incher my wife took on a hare’s ear nymph, for example. But the spinning-gear brown I’ve shown here came from a pool that she’d fly fished for more than an hour without getting a tug.

I’ve often thought that multi-method anglers have more fun. They will almost always catch more fish. Maybe if we stopped looking down our noses at other anglers who happen to fish differently than we do–by whatever legal method–we’d all learn more about fishing and be a lot better off —JM