Petzal: The Best Camo for Hunting Away from Home

On my recent trip to Oregon, a bunch of us were sitting on a ridge waiting for a mule deer... 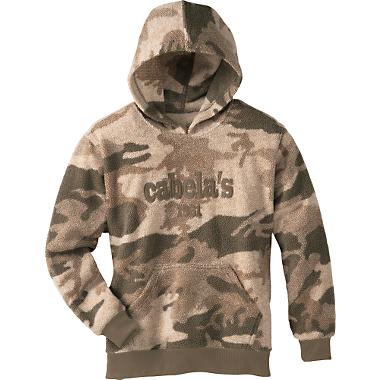 On my recent trip to Oregon, a bunch of us were sitting on a ridge waiting for a mule deer to do something stupid, and one of our number left to walk down an adjoining ridge. When he was 1,000 yards away or so the head honcho of the ranch said: “You know, I can see him as clearly as if he were wearing blaze orange. That camo of his doesn’t work.”

And it was true. The ridgerunner was wearing some kind of dark camo designed for sitting in a tree in a Southern swamp, and at a distance all the branches and leaves and Spanish moss and cottonmouths in the pattern blended together into a dark and highly visible mass. I’ve seen this many times; very few camo patterns travel well.

There are three that do, and they work because …

… none of them look like anything. No trees, no flowers, no chirping birds, no vines, just irregular blobs of color, none very light, and very little black or none at all. The best of these is Cabela’s Oufitter pattern. I’ve worn it in Africa, Alaska, New Zealand, and many places in between and it blends in unfailingly.

The two others are the patterns used by Sleeping Indian and King of the Mountain, who weave it into their wool. I’ve used these from Maine to Montana and they fit right in. Unlike myself.

Both the Army and the Marines have taken these principles to heart–to wit, the Army’s ACU pattern, and the Marines’ MARPAT, which has little globes and anchors blended into the pattern so the jarheads will not be mistaken for soldiers.

Southpaw Alert! Niles Wheeler of Safari Outfitters (which is high-grade left-hand-gun central) advises me that he has two southpaw Model 70s just in. Both are out of the Winchester Custom Shop, one made in the late 90s, the other in 2001. They are super-fancy rifles, one in .338, the other in .35 Whelen, both in NIB condition. 845-677-5444.