Chad Love: Who Wrote The Dogs Out?

“Wags” is a regular blog reader who often posts on the Flytalk or Gun Nut blogs. I’ve never met Wags,... 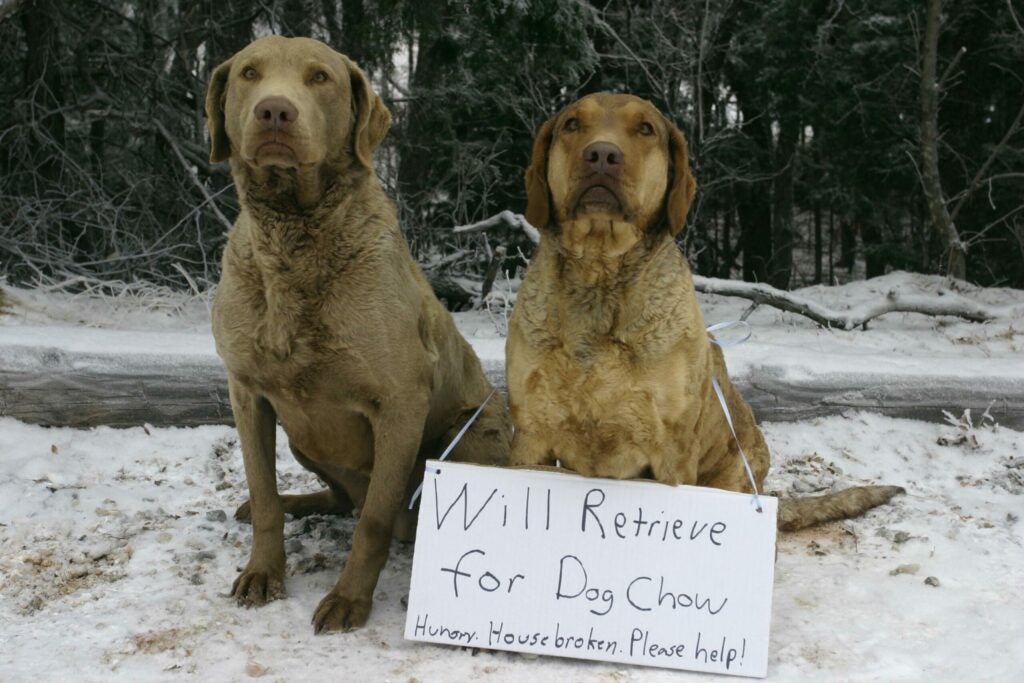 “Wags” is a regular blog reader who often posts on the Flytalk or Gun Nut blogs. I’ve never met Wags, but he is a gentlemen of impeccable taste and style. How do I know? Simple. He’s a dog man and a bird hunter, which are two of the most virtuous traits to which a man can aspire.

Wags often laments that F&S fails miserably in covering both sporting dogs and upland hunting. It is, in my opinion, a fair criticism, especially in light of _Field & Stream’_s long history of great dog literature.

But a magazine is simply a mirror that reflects the interests of its readers, and the sad fact is America’s great sporting dog and upland bird hunting tradition is in decline.

Nothing illustrates this more than the just-released annual list of the American Kennel Club’s most popular dogs.

And here’s the list of registered breeds from 1884 and their respective ranking today:

Although many pointing dogs are registered with the Field Dog Stud Book rather than AKC the numbers are still shocking. Yes, the Lab is the most popular dog in the country and the golden is fourth, but the vast (and I mean VAST) majority of those dogs aren’t hunting dogs. They’re fat, lazy, bandana-wearing, frisbee-chasing sausages with legs who wouldn’t know a duck or pheasant if you smacked them with one.

So here we are in 2009, where dogs are more popular than ever but hunting with those dogs has never been less popular, even among hunters. The litany of reasons why is beyond the word-count limit for this blog, but the blame for why general-interest outdoors magazines publish far fewer gundog stories lies not with publishers or editors, but with their increasingly non-gundog-owning readership.

Where does that leave all those grand old sporting dog breeds not as popular as labs and goldens? Who knows, but they better start learning how to do cute tricks and wear knit sweaters or they’ll end up like this unfortunate pair.