From the _Staten Island Advance: _ Perhaps lashing out against budget cuts for local zoos, or perhaps just because he... 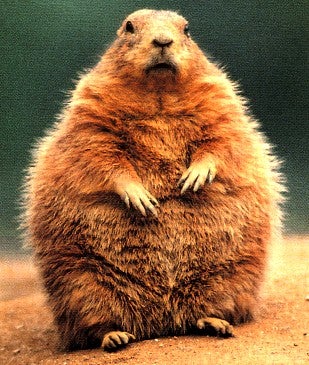 From the _Staten Island Advance:
_

Perhaps lashing out against budget cuts for local zoos, or perhaps just because he wasn’t ready to be awakened from his winter nap, Staten Island Chuck took a nibble out of Mayor Michael Bloomberg’s hand during this morning’s Groundhog Day festivities at the Staten Island Zoo.

_”His hand was nicked,” a Bloomberg spokesman said. The mayor is up to date on his Tetanus shot, so he simply washed his wounded finger and put on a bandage.
_

Given Bloomberg’s well-known anti-gun record, you might one of a family of often-targeted varmints could find common ground with the Mayor. Then again, maybe groundhogs value the constitution, too.

What do you think? (Don’t miss the video.)