Chad Love: Are You a Renaissance Bubba?

One of the most fascinating (and overlooked) aspects of being a hunter is the study of historical hunting iconography and... 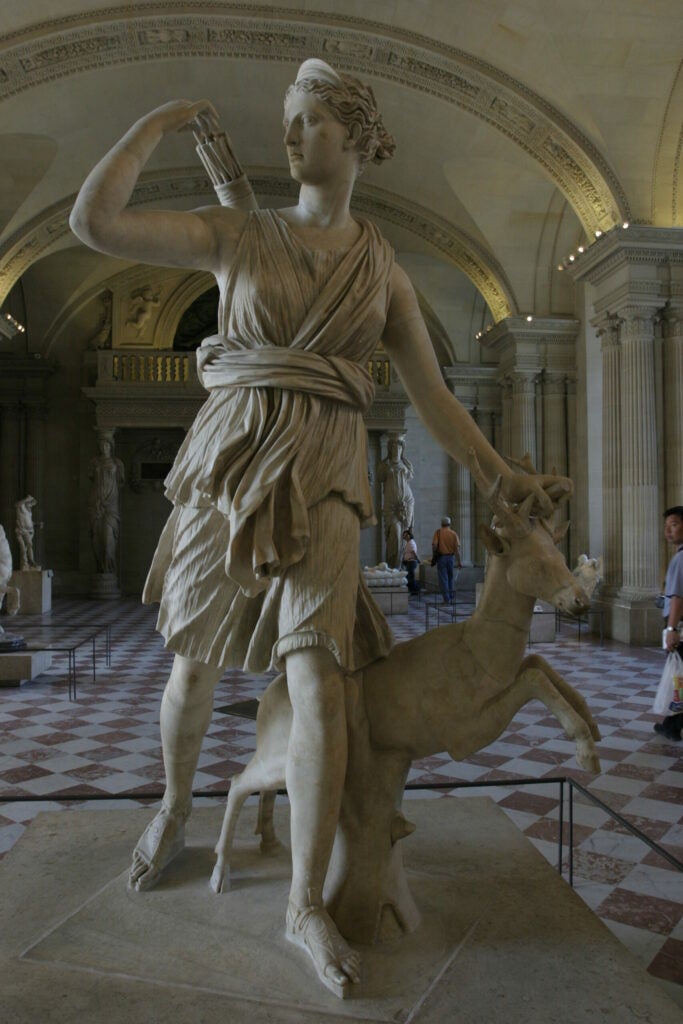 One of the most fascinating (and overlooked) aspects of being a hunter is the study of historical hunting iconography and mythology. It’s a subject as old and universal as Mankind itself, so there’s a lot of cool stuff out there to discover. You never know when or where you’ll stumble across it. But when you do, something speaks across the centuries, a commonality of spirit between you and the ancient, unknown hunter who created the object upon which your modern hunting eyes are now gazing.

Take this lovely object for example. I took this picture a few years back at a relatively large, modestly well-known European museum that shares its name with a plastic car-window accessory that was popular in the 70s and 80s.

Where was it taken and who is this buxom, steely-eyed pre-booth booth babe? In addition to the geographical hint above, I’ll also reveal that she in fact sports two names, depending on where and when in the classical world you happened to reside back when she was a big thing. The winner(s) will receive nothing other than the smug self-satisfaction that they are well-read Renaissance Bubbas, which is the best kind of Bubba to be.