I’m no natural in the kitchen. Left to my own devices, the game in my freezer gets cooked in the... 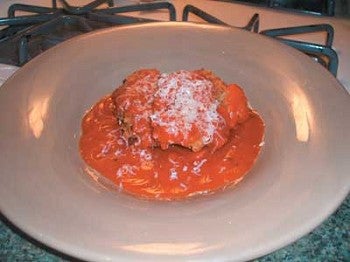 I’m no natural in the kitchen. Left to my own devices, the game in my freezer gets cooked in the simplest way possible with a minimum of pans and marinades. Usually my boyfriend cooks the game we eat together, or friends more talented in the kitchen pitch in when we host a game dinner. So while I’ve long thought the blog could be a great recipe-sharing resource, I just don’t have enough recipes myself to kick off such an initiative.

When in need of a new recipe, I usually turn to a handful of familiar Web sites on wild game cooking — and I think I just found a new one. According to this story in Oregon’s Daily Astorian, a wife of a hunter named Bethel Honan put her cooking degrees and a freezer full of meat to good use when she started concocting wild game recipes and compiling them on a new site, recipesfromthewild.com. Mrs. Honan’s project started when she had trouble finding existing recipes for a sturgeon her husband had caught. Another search for elk and venison recipes turned up only “boring” and “cliche” ideas. So she started developing dishes of her own.

Mrs. Honan’s new site, comprised of her own recipes as well as those contributed by readers, includes dishes such as Irish Style Stew with Wild Game, Corned Venison, Lasagna with Ground Elk, and Citrus Glazed Salmon. The Elk Parmesan dish is pictured above.

Of course, Mr. Honan is thrilled with his wife’s project. He told the paper that many wives are, “Embarrassed by their husband’s hunting addiction,” and is hoping Mrs. Honan will inspire others to cook more game.

I’m sure many of you are great wild game chefs, specializing in plenty of dishes. But I, for one, depend pretty heavily on tried-and-true recipes I find in books or on the Web. I think it’s great that Mrs. Honan is finding a way to get involved in her husband’s outdoor pursuits (and to post more recipes for me to use!). The only downside, of course, is that it sounds like she’s not out in the wild getting the meat herself. Hopefully, that’s the next step. -K.H.