Will the Good Life Ruin a Pup?

I admit I’m a sucker for having a dog in the house. Growing up my dogs lived in a kennel,...

I admit I’m a sucker for having a dog in the house. Growing up my dogs lived in a kennel, and I always pined for the day when I could have a pooch in the house. Well, now I do, and I wonder if I’ll ruin Pritch’s chances of becoming an excellent hunting dog as she matures. You don’t have to venture far to find an opinion on the subject. 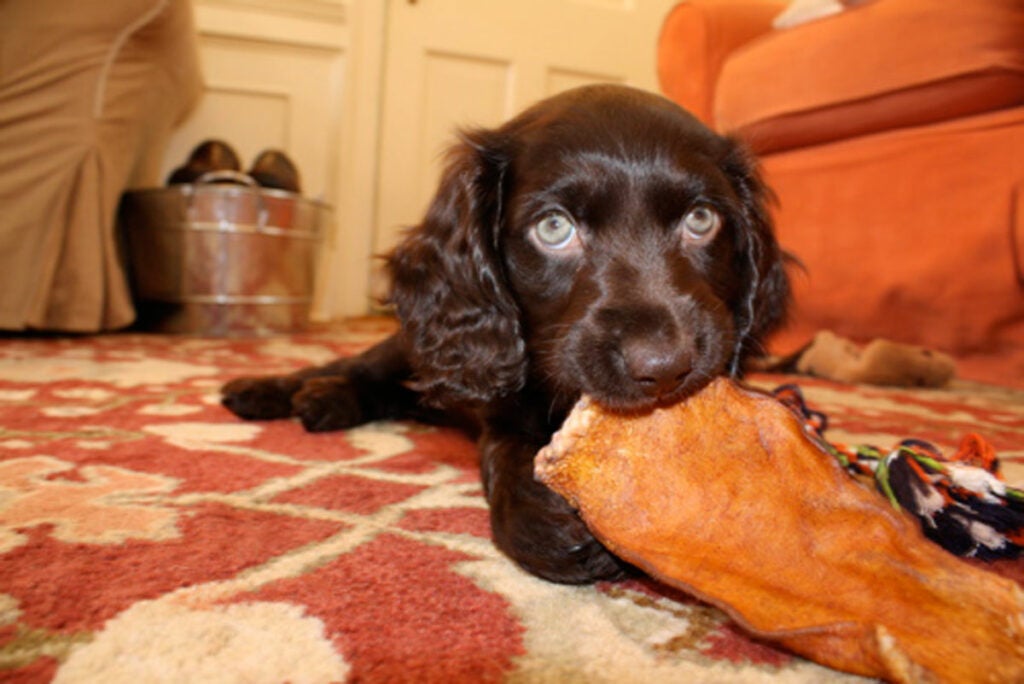 The late James Lamb Free, author of the classic, Training Your Retriever, had strong feelings on the topic. Here’s what he had to say: “While he’s in the early stages of training, at least, you don’t want anybody else to speak a kind word to him–much less fondle and pet him, and make a lap dog out of him.” Clearly, Mr. Free didn’t like a house pup. (It should be noted that Free didn’t start his dogs on serious retriever training until they were a year old.)

But then again the late Bill Tarrant, noted gun dog author (Hey Pup, Fetch It Up!) and Field & Stream columnist, loved nothing more than making room for one of his hunting pooches on the couch. He wrote: “Every time your life touches Pup you’re teaching him something… It can be disastrous, absolutely disastrous, when a kennel run is the teacher, or the alley, or even the fields.”

As I begin to train Pritch, I see both sides of the argument. She doesn’t necessarily jump off my wife’s lap when it’s time to train. But I no doubt have a better read on her than if she spent most of her time in a dog run. (Pritch is crate trained.) And while I want nothing more than a dog that will perform in the field, I’m quite delighted to have a dog underfoot while in the living room. And that’s how I plan to keep it.

I’m sure there are some strong opinions on whether a house dog can be an excellent hunting dog. I’d love to hear them.