With the exception of Woody Allen, New Yorkers have always had a tough-guy reputation. A college buddy of mine once... 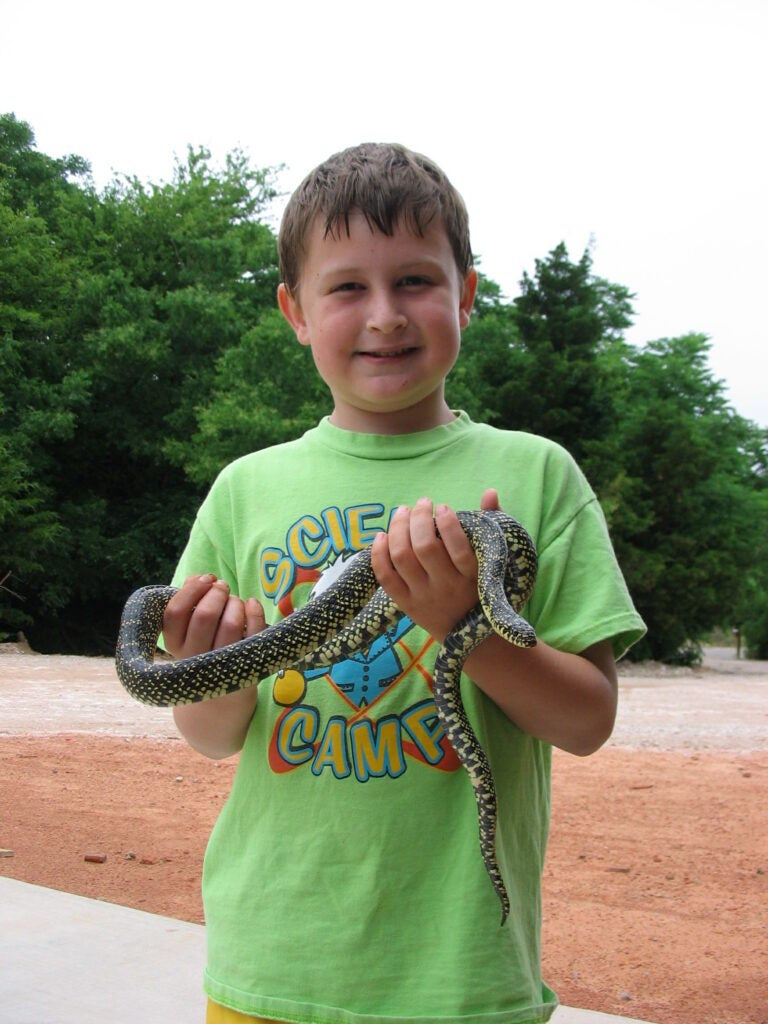 With the exception of Woody Allen, New Yorkers have always had a tough-guy reputation. A college buddy of mine once dated a Long Island girl whom I’m quite sure – despite her Lilliputian size – could whip my a** handily.

But if you want to see a New Yorker cower in abject terror, just inform them that your pet African Hissing Death Adder just slipped out of his cage and would they mind calling if they happened to see him? All hell will break loose, because New Yorkers are terrified of snakes.

Little snakes, harmless snakes, children’s pet snakes, it doesn’t seem to matter. If it’s legless and on the loose in the Big Apple then mass hysteria and breathless headlines are sure to follow, and the city will mobilize every available law enforcement resource to neutralize the threat to public safety. But don’t take my word for it.

From the story via Gawker:

As of this morning there are 171 news articles about the totally harmless rat snake–a popular type of pet–that was found in a Bronx apartment. It did not eat anyone, yet. The 4-foot yellow rat snake, which we will call “Serpent Fang” startled some kids in the apartment. Where it was just kind of sitting there. NYPD responded with overwhelming force: Police trapped it with a broom and a plastic bag, and it was taken to the Center for Animal Care and Control. Animal control spokesman Richard Gentles says the snake is non-venomous, and in good health. The the New York Post and the Daily News and the AP and damn near every TV news operation in the city did stories about the trapping of this rat snake, a cold-blooded, flesh-hungry, dead-eyed breed described by experts as “Easy, an ideal beginner’s snake. Hardy, tolerant of handling and tractable enough for children.”

And here’s one from a few days later

A New York city teen came face-to-fang with a 3-foot boa constrictor Sunday that slithered uninvited into the youngster’s home — a jarring confrontation that had the whole family in a panic. “The snake was just staring at me,” said a shaken Kareem Lewis, 18. The close encounter came around 10 a.m., when Lewis was waking up in the family’s first-floor apartment on Sherman Avenue. “I started to panic when he started to slither at me,” said Lewis, whose mom was at church. The teen called 911, and police held the snake inside a pillowcase until animal control arrived.

Now I’ve never been to New York but surely there’s more to be frightened of than the occasional snake, right? I mean, my wife just came back from New York toting a fake designer purse she bought from a street vendor wearing a Geiger counter around his neck. It smells of mustard gas and glows in the dark and I’m pretty sure it was manufactured in a Chinese nuclear reactor. That’s scary. Michael Bloomberg? He’s scary. Fishing the East River? I’d do it but as a mob-movie fan it sounds scary. A yellow rat snake? Not so much.

Instead of mobilizing the Serpent S.W.A.T team and its specialized snake-catching brooms every time a maurading garter snake is spotted, here’s what the NYPD needs to do: Give my eight-year-old son a call. He’d be more than happy to come catch it for them.