A Good Read with Reed

Deer hunting–or at least deer-related activities–are pretty much a year-round deal for me. But rainy days prevent me from working... 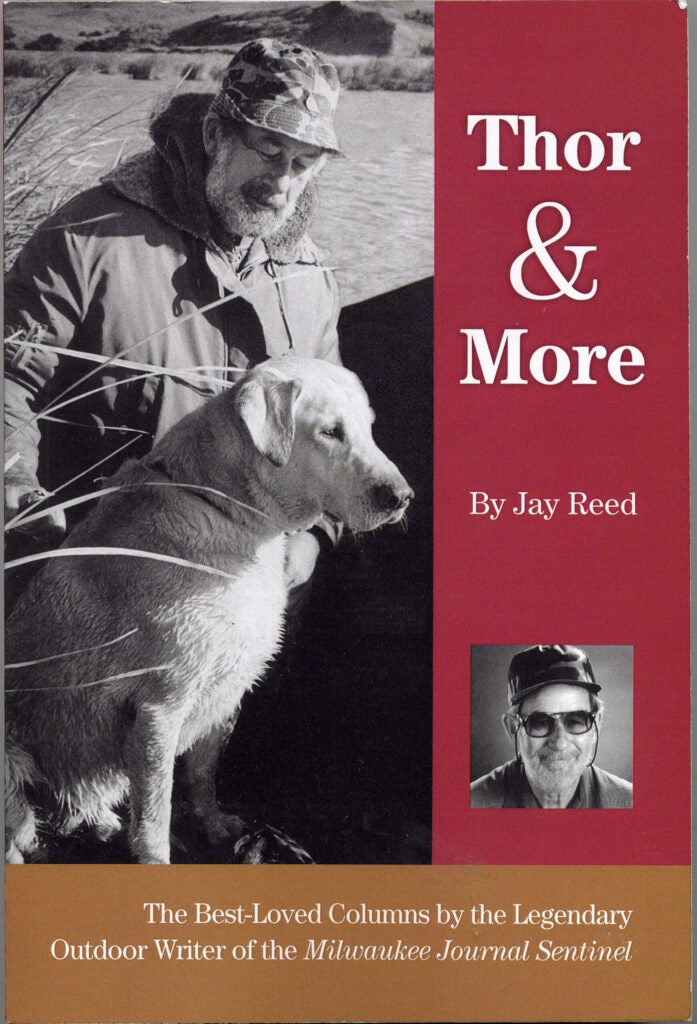 Deer hunting–or at least deer-related activities–are pretty much a year-round deal for me. But rainy days prevent me from working a food plot, hanging a new stand, or checking my trail cams…so I read. We had a rainy stretch this weekend, so I pulled out a new book and dug in. I liked “Thor & More” so much I thought I should tell you about it.

First, a warning: This book is not all about deer hunting, though there are some very good deer stories in it. “Thor” was the name of the author’s yellow lab, and the stories come from the desk of Jay Reed, the long-time outdoor columnist for the Milwaukee Journal-Sentinel. Reed, a Badger State icon, enjoyed a 40-year career at the paper. He loved waterfowling above all else, and Thor was not only his constant companion, but appeared frequently in Reed’s columns. The Lab was so popular that three sitting Wisconsin governors wrote to Reed about Thor, and regular folk would stop the reporter on the street and ask about his sidekick.

That Reed could make one duck dog so famous says more about the man than the dog. Reed was born in Nelson, Wisconsin, a tiny Mississippi River town. He got bit by the outdoor bug early, and hard. Dropped out of high school, lied about his age, and was 15 when he joined the Marines to fight in some of WWII’s toughest battles in the Western Pacific. After the war, Reed returned home, worked odd jobs, and eventually landed his gig with the paper. He was twice a finalist for the Pulitzer Prize…not bad for a river kid with a high school education.

Reed was an eclectic sportsman, fishing and hunting whatever was in season and reporting about it. His whitetail stories are classic Wisconsin deer hunting, before deer were the be-all and end-all of magazines, television and videos. Still, missing a deer season was unthinkable for men like Jay Reed, who viewed the state’s annual 9-day deer hunt as a vital, inviolable, tradition. In one of my favorite chapters, Reed laments the end of deer season and the return from deer camp, where polite society “won’t want us to wear long underwear anymore. They don’t want us to overdose on greasy eggs and bacon fat on fried pancakes. They want us to wear clean shirts and keep regular hours. They want us to use a bathroom instead of a log. They don’t want us to carry toilet paper in our hip pockets anymore.”

“Thor & More” is not just about deer hunting. It is a whole lot more important than that, and I think you would appreciate the book…whether you read it on a rainy day or not.