Snakes in the Grass?

There was a bit of news out of Wyoming last week that had me thinking all weekend. A man named... 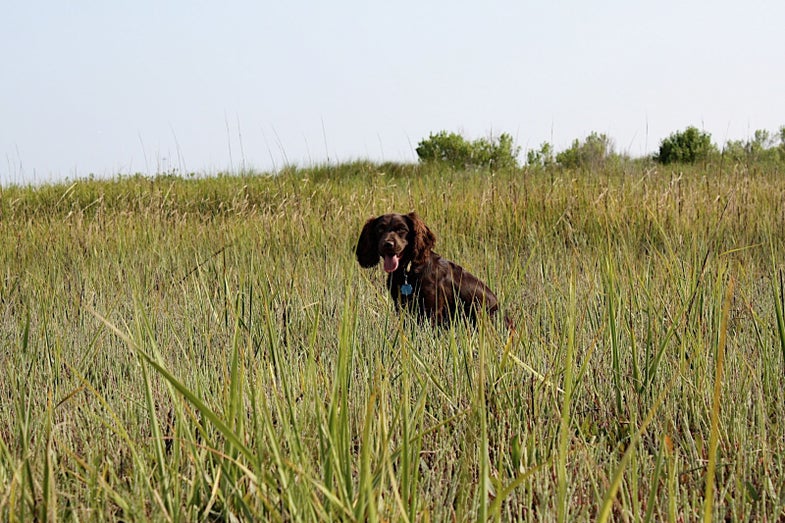 There was a bit of news out of Wyoming last week that had me thinking all weekend. A man named Bobby Jenkins was on his farm with his three labs when one of them crawled beneath some heavy machinery. The dog, Tank, let out a yelp, and when Jenkins reached it he noticed it was bleeding from two fang marks in its nose. Immediately, Jenkins began sucking the venom out of the dogs nose and spitting it on the ground. Then he flagged a neighbor down and rushed to a local vet. The vet administered anti-venom medication and Tank, whose head had swollen to three times its normal size, survived.

But on the way home from the vet Jenkins’s own heart started racing, he began to sweat, and was ghastly white. Jenkins was rushed to the Emergency Room where he, too, received anti-venom and made a full recovery. (The total bill for the anti-venom for Jenkins alone was $14,000.)

As Pritch and I progress in our training we’re obviously spending a lot of time in the woods and fields of South Carolina. I try to avoid snaky territory, but whenever we’re in thick grass or working the edge of timber ponds I worry she’ll encounter a rattlesnake or water moccasin.

I know the basic rules: If you suspect a bite, get your dog to the vet immediately (if you’re hunting new territory be sure to carry a list of local vets’ phone numbers), and keep the dog as immobilized as possible to prevent the circulation of the venom. (Sucking the venom out is no longer a recommended strategy.) But I’m beginning to think I need to go a bit farther. There are snake vaccine shots that your vet can administer and even classes on snake-breaking your pooch. The classes use defanged snakes and shock collars to teach your dog to avoid the critters.

Thankfully, my neck of the woods isn’t chock-full of snakes like, say, areas of Texas and other parts of the country. I’m curious of your tales of dog-and-snake encounters and what you do to avoid the dangers.