You don’t have to be in the training game long to know that every day is a new one. Recently,... 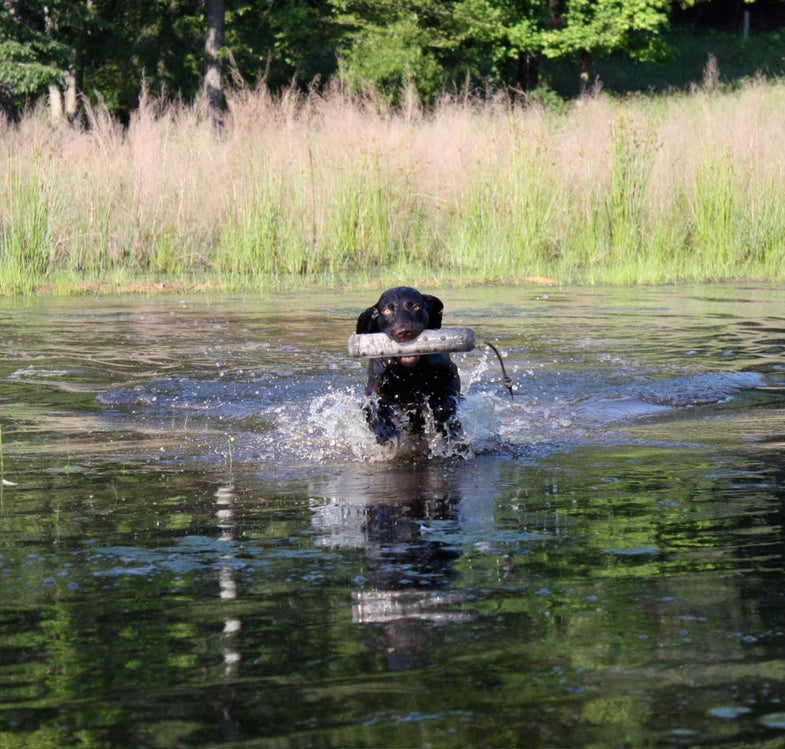 You don’t have to be in the training game long to know that every day is a new one. Recently, we drove to my older brother’s house in rural South Carolina to train Pritchard. Our first mission would entail land retrieves in a big horse pasture. We set up so Pritch would have to cross a slight draw on her way to the dummy.

I’ll be the first to admit, I was excited to show off my pup’s talents (and, of course, my training skills) to my brother, who swears that no breed can outdo a Labrador or Golden Retriever.

When the dummy hit the grass, I set Pritch off and she tore through the field. But halfway to the dummy she stopped dead in her tracks…and started rolling in a pile of day-old horse crap. And she continued to roll, in pure bliss, until I pulled her off of the pile. We tried a few more retrieves, shorter and easier, but the call of the horse poop (this was a horse pasture, after all) was too much for my pup–and proof that exposing your pup to a variety of situations is part of the training process. Needless to say, I spent dinner taking my fair share of good-hearted sh*t.

The next day we moved to a local farm pond, and we brought along my brother’s Golden Retriever, Maggie. We backed the truck up to the pond, left Pritch in her kennel so she could see the action, and then worked Maggie for a bit. When we pulled Pritch out of the kennel she was on fire. She was charging after the dummy and hitting the water with a crash. When we moved to an area of the pond with some downed timber she had no problem swimming through it and crossing over floating logs. Finally, we tossed a dummy on the other side of a small finger of land that jutted out into the pond. Without hesitation, Pritch made the retrieve, crossing the finger both ways, and never losing sight of the mission.

When she returned with the dummy we were all hooting and hollering on the bank. And Pritch was prancing around like a field trial champ.

“That’s my dog!” I said, without the slightest recollection of the day before.