Any trainer knows there are a few benchmarks every gun dog must clear on its way to the field. They... 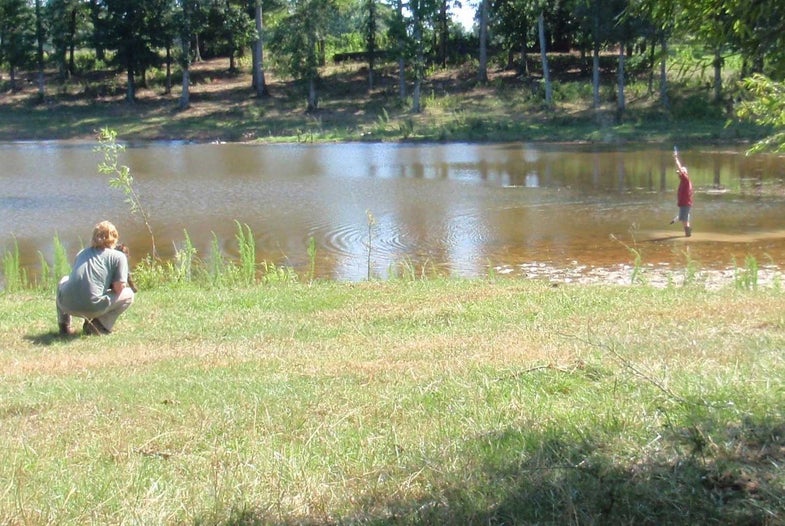 Any trainer knows there are a few benchmarks every gun dog must clear on its way to the field. They include swimming, introduction to birds, and a positive association with gun noise. Recently, I’m happy to report, Pritch passed her gun-shy test with flying colors.

One of the common ways to introduce dogs to gun noise is to fire a starter pistol while the pup is eating outdoors (starting, of course, at a good distance from the bowl and moving closer over time if the dog shows no adverse signs). But because I live in the heart of Charleston, S.C., I couldn’t fire a starter pistol every time Pritch had a meal without setting the ladies of the Neighborhood Watch program aflutter. So my wife and I had to get creative when it came to introducing Pritch to loud noises as a pup.

When Pritch was very young, we’d often unload the dishwasher or run the vacuum during her meals and then later moved to banging on some pots and pans (some trainers suggest slapping two 2x4s together). During our walks, the city proved to be full of unexpected noises, like rumbling buses, clanging garbage trucks, and thundering Harleys. Even the summer thunderstorms gave us plenty of noise. Through all of this I watched Pritch closely to gauge her reactions, and I was glad to see that she was unfazed. She has never been a timid dog.

Still, I had some trepidation when we took her to a farm in rural South Carolina for her first brush with gun noise. My brother served as bird boy, firing a .22 starter pistol and then tossing the dummy. And while I was prepared for the worst, at the crack of the pistol Pritch only seemed to get more excited about the retrieve (an easy toss that she delivered to hand). We repeated the process numerous times with positive results, and Pritch seemed thoroughly electrified (in the most positive way) by the gun noise.

In a follow-up session we transitioned to a shotgun seamlessly. Though Pritch does have to get used to the echo of the blast, which sometimes caused her to look in the opposite direction of the gunner/bird boy.

I couldn’t be more pleased, and you can bet that I now sleep a little easier knowing my pup won’t run for the truck at the report of a shotgun. I’m curious of the various ways you have introduced your dogs to gun noise. And what you’ve found to work.