First, a few facts: Heat stroke kills gun dogs. And it kills fast. If you don’t believe me, ask some... 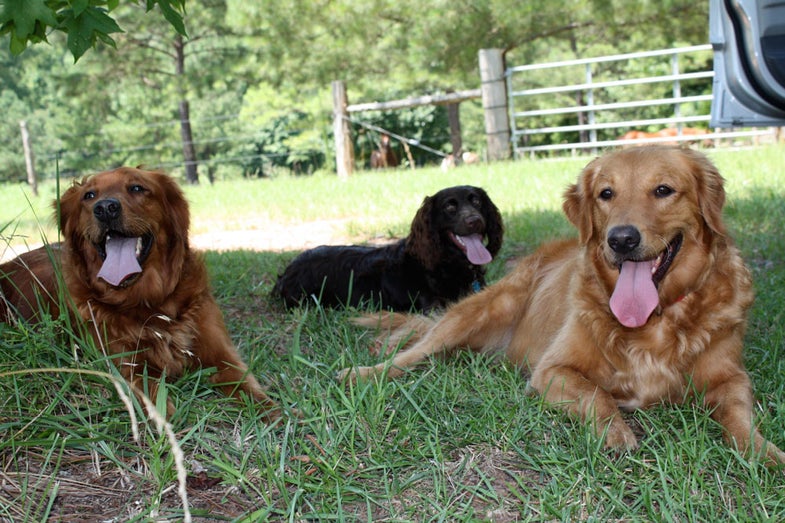 First, a few facts: Heat stroke kills gun dogs. And it kills fast. If you don’t believe me, ask some trainers who have been around this sport for a few years. Their stories will surprise you.

None of this is ever far from my mind as I prepare Pritch for bird season. Here in Charleston, afternoon temperatures often hover in the low 90s during July and August. I’ve spoken to many pros to get their take on the proper balance between conditioning and training a dog for an early bird season (like doves in the South) and just being plain stupid. Here’s what I’ve learned:

Train Early and Late: Pritch and I often train before work when the temperatures are mild and there is dew on the grass (which helps with cooling). In the evenings, I wait until dusk to get a session in and often mix in water retrieves. (Remember, a farm pond can be as warm as bath water and may not cool off a dog one bit.) Still, Pritch will need to be conditioned for the heat of dove season, so whenever possible I work on her obedience skills at lunch–always with a watchful eye.

Don’t Go Long: Use common sense when working in the heat. Keep retrieves short and opt for an area with shade.

Water, Water, Water: Whenever we train I have water and a collapsible bowl handy. Occasionally, I’ll douse Pritch during a land session to cool her off. Don’t skimp. Always bring plenty of water.

Give ‘Em a Buzz: For long-haired hunting dogs, a trim can cut down on the effects of heat.

Watch for the Early Signs: One of the first signs you’ll notice as heat stress occurs in your dog is rapid, heavy panting. As the condition progresses, the pup may have excess saliva and her gums may turn dark red. Under any circumstance, do not take these indicators lightly. If a dog with any of these symptoms lies down and won’t get up, do not mistake this for lack of desire! Cool the dog down.

If the Worst Happens: If your dog starts stumbling like a punch-drunk fighter or seems dazed and confused, death could be near. You must immediately take steps to cool her off. Bring her to the shade and spray her with water, making sure to wet her underbelly. (An ice bath will constrict blood vessels, mitigating the effects of the cold water.) If you’re near the truck, crank up the AC and get the dog in cool air. Try to get her to drink water (or even a sports drink), and head to the vet’s office. Even a dog that has seemingly recovered should be examined. Some effects of heatstroke, involving the dog’s vital organs, won’t show themselves until the day after an incident. Also, once a dog has had a heat episode, there’s a likely chance it will happen again, even under lesser conditions.

Always remember that as a trainer you must think like a dog–and, most importantly, for your dog. You make the decisions. Be sure to make the right one when it comes to training in the heat of summer.