Two teens in Illinois have discovered how to combine fishing and hunting, ammo and spears, accidental discoveries and execution. And... 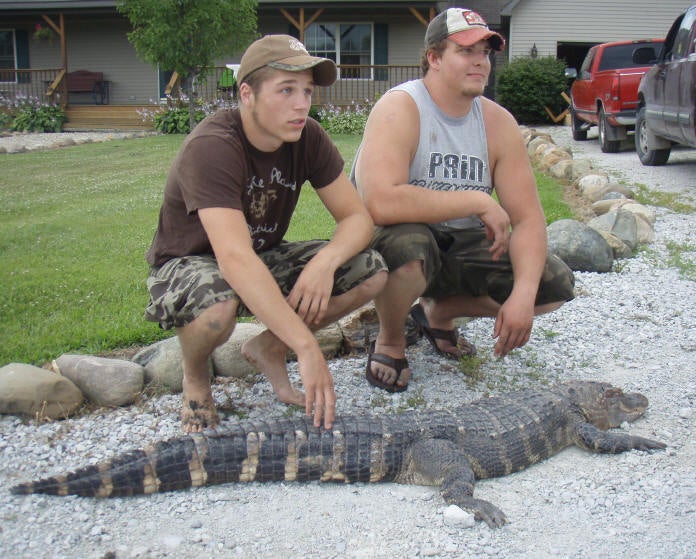 Two teens in Illinois have discovered how to combine fishing and hunting, ammo and spears, accidental discoveries and execution. And they did it all legally.

From the Chicago Tribune:

Conservation officers says a northwest Indiana teenager shot and killed an alligator about 6 feet long that he and a friend found in the Iroquois River in Jasper County.

Zach Ramsey, who’s 17, and 14-year-old Casey Sonaty spotted the reptile Sunday while fishing and spearing frogs along the river near Rensselaer, about 45 miles southeast of Gary.

Officers say the rural Newton County boys couldn’t kill the gator with a fishing arrow or frog spears, so they went and got a 12-gauge shotgun, and Ramsay shot it.

Alligators are not a game species in Indiana, so shooting it broke no laws.