On Tuesday Pritchard and I spent the morning with Pam Kadlec of Just Ducky Kennels in Edgefield, S.C. I went... 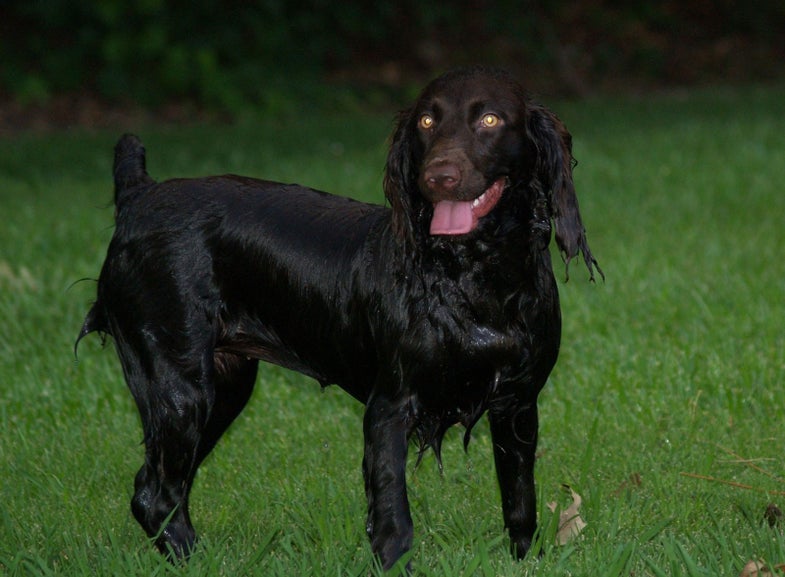 On Tuesday Pritchard and I spent the morning with Pam Kadlec of Just Ducky Kennels in Edgefield, S.C. I went there to not only learn from a pro, but to get a gun dog progress report as Pritch nears 8-months old.

Kadlec knows dogs, especially Boykin Spaniels. She trained the only Spaniel in the UKC/HRC 2,000 Point Club. If those numbers mean nothing to you, I can personally attest Kadlec is a maestro when it comes to training hunting dogs. So I’ll admit I was a little apprehensive bringing my pup to her kennel, as Pritch is nothing more than a reflection of what I’ve been able to teach her so far.

So, how have I been doing? Pretty poorly, it seems. I sent Pritch after her first duck on a land retrieve and she looked to be blown away by the idea that she actually had to pick it up in her mouth. Instead she thought rolling on the duck might be the way to go. (Granted, this was Pritch’s first duck but not her first bird.) She did much better with the duck on a couple of water retrieves, but left it at the water’s edge on her return.

I also showed Kadlec how Pritch performed with dummies and on the whistle. Long story short, we have a ways to go there, too. When I asked Kadlec for an overall grade she gave us a C. She also let me know that Pritch was a bit headstrong (not to mention spoiled), which would make my training tougher.

I walked away with a list of tricks and tips that I’ll share in later blog posts, but for now I have a load of work to do. We’ll be working on sitting on the whistle at a distance (as opposed to running up to me and sitting when I give the short blast) and enforcing the HERE command.

Ever feel like the journey down gun dog road is a mighty long one?