Long before there was Pritch. And before Salty. There was Flap Jack–a mutt who defined the term mash up. He... 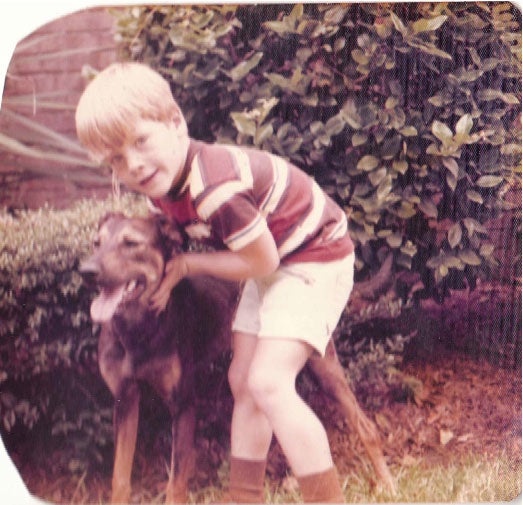 Long before there was Pritch. And before Salty. There was Flap Jack–a mutt who defined the term mash up. He came by way of a family friend who lived out in the country. The product of a local stray, Flap Jack was loaded with fleas and frightened of a human shadow when we picked him up. My oldest brother, Bob, who was the reason we had gotten the dog, couldn’t get close enough to pet Flap Jack for a week.

He was to be an outside dog, and I watched as Bob built a run and a doghouse. And I watched as the frightened little pup eventually learned his name, found trust in those who fed him, and became a dog. I followed the two of them around like little brothers do. And I remember the day, some years later, when Bob told me he was going to college and that Flap Jack would now be my dog. I recall exactly where I was standing in the yard and the sound of the cicadas and the feeling that I had become something altogether different than I was.

I was not yet a hunter, but Flap Jack was. His list of kills ran from the neighborhood ducks to rabbits to squirrels. On one memorable occasion I watched from the dock as Flap Jack and a raccoon got into a brawl that went from marsh to river to marsh. Finally ending when the two animals let loose and trotted off in opposite directions. A truce like no other I’ve ever seen in nature.

And no dog ever whipped Flap Jack in a fight. Ever.

Even cancer got hold of him in, of all places, the nuts. I remember that day, too, standing in the yard with my dad who was a physician. Flap Jack was running after a stick I had thrown, and my dad said, “Dave, have Flapper’s balls always been that big?” A few days later they were removed.

But that dog continued on. Still afraid of any human except the ones who fed him. Still terrorizing the neighborhood wildlife.

I remember when I found Flap Jack dead. I was getting ready to go to school and when I looked out on the back porch he was there. Lying on the cement. Stiff. Somehow he had managed to bite his way through the wire fence on the run and get out. Something he had never done in 12 years. He must have known what the night had in store for him.

When I stepped onto the porch I understood death as cold and rigid and unfair. But, most of all, I understood that I had lost my dog. I cried, sobbed, heaved until it was time to go to school. I started crying all over again when school was over.

That was 23 years ago today. I still miss that dog.