By now most of us are fairly hardened to news stories that highlight the terminal stupidity of most school zero-tolerance...

By now most of us are fairly hardened to news stories that highlight the terminal stupidity of most school zero-tolerance policies. Every few weeks, it seems, some poor student somewhere will forget to cover up her fake wooden drill team rifle or perhaps drive to school with a bow in his car.

As such, I now tend to ignore them. I simply shake my head and accept it as a normal part of living in Idiot America.

But this story tugged at both my eye and – I must admit – my hardened heart. 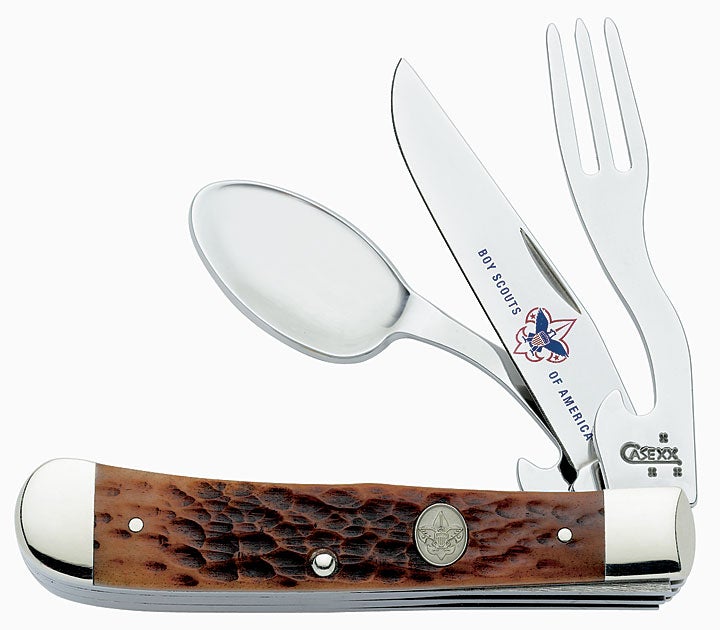 From the story in the New York Times:

_NEWARK, Del. — Finding character witnesses when you are 6 years old is not easy. But there was Zachary Christie last week at a school disciplinary committee hearing with his karate instructor and his mother’s fiance by his side to vouch for him.

Zachary’s offense? Taking a camping utensil that can serve as a knife, fork and spoon to school. He was so excited about recently joining the Cub Scouts that he wanted to use it at lunch. School officials concluded that he had violated their zero-tolerance policy on weapons, and Zachary now faces 45 days in the district’s reform school._

Six. Years. Old. Not a teenager. Not even a middle-school student. A child. A little boy who probably still thinks Elmo is pretty cool. And now he’s facing 45 days in the grammar school equivalent of San Quentin because he joined the Cub Scouts and wanted to eat lunch with…folding silverware? That’s not garden-variety school administration stupidity. Nope, that kind of cosmic dumbassery occupies a temporal plane of ineptitude and lack of reason so profound a Zen master could spend a lifetime meditating upon its philosophical consequences. It’s that stupid.

And the story strikes close to home as well, because I almost made the same mistake last year with my son. Like Zachary, he loves being outside, loves camping and survival shows, and last Christmas my wife and I surprised him with a Leatherman multi-tool, just like Les Stroud’s. He was so proud of it he wanted to take it to school for show-and-tell. I enthusiastically said “sure thing, son.” But my wife, a battle-hardened high school teacher who knows from zero-tolerance policies, reminded us both that to do so would violate the district’s zero-tolerance policy and get us both in big trouble.

So we ended up taking a picture, printing it off and when it was time for show-and-tell that week my son unfurled an 8×10 photograph of his multi-tool because society has deemed the real thing too much of a threat. Welcome to modern living.

Yes, it’s depressing, but look on the bright side: we’re not quite [this bad.](/blogs/hunting/2009/09/chad-love-scouts-ban-knives-great-britain …yet.)