Want to Raise a Good Kid? Then First Train a Dog.

Recently, the news media (and the general public) has latched onto the idea that there’s not much difference between raising... 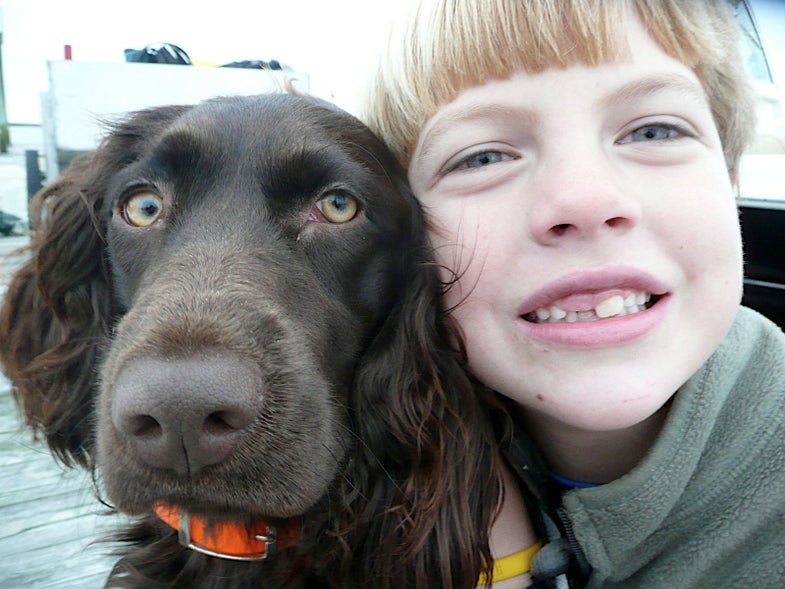 Recently, the news media (and the general public) has latched onto the idea that there’s not much difference between raising kids and training a good dog. According to [The New York Times](http://www.nytimes.com/2009/11/22/fashion/22dog.html?_r=2&scp=1&sq=cesar%20and%20kids&st=csed/ kid? ), parents have realized Cesar Millan’s triumvirate of dog training requirements–discipline, affection, exercise–work pretty darn good on children, too.

Which makes me want to scream, “What took you people so long?”

I grew up in a very loving household (affection) and was fortunate to have opportunities to play sports, fish, and explore (exercise). But my mother didn’t think twice about pulling out a wooden paddle and giving me a whack (discipline) when I truly deserved it. And to be honest, I’m glad she did. My backside survived just fine, and I quickly realized that it was my parents’ way or no way. A good life lesson that I like to think put me on a solid path into adulthood.

I’m not advocating that everyone go spank their children (or dogs) with a strap, but simply making the point that as a kid I knew who the bosses were. And for the record, I don’t watch Millan’s show or own his books. But his methodology seems to make sense, especially for your average dog owner.

I’ve always believed training a gun dog will make me a better dad when that time comes. Some of the lessons I’ve already learned? Obedience is the most important building block; patience (tested on a daily basis); the power of repetition; and don’t say it unless you mean it–or plan to enforce it.

How about you moms and dads out there? Take anything from your gun-dog training that translates to raising a good kid?