Caption Contest: And the Winner Is…

The recent Man’s Best Friend caption contest produced a flood of great entries. But before I get to the winner,... 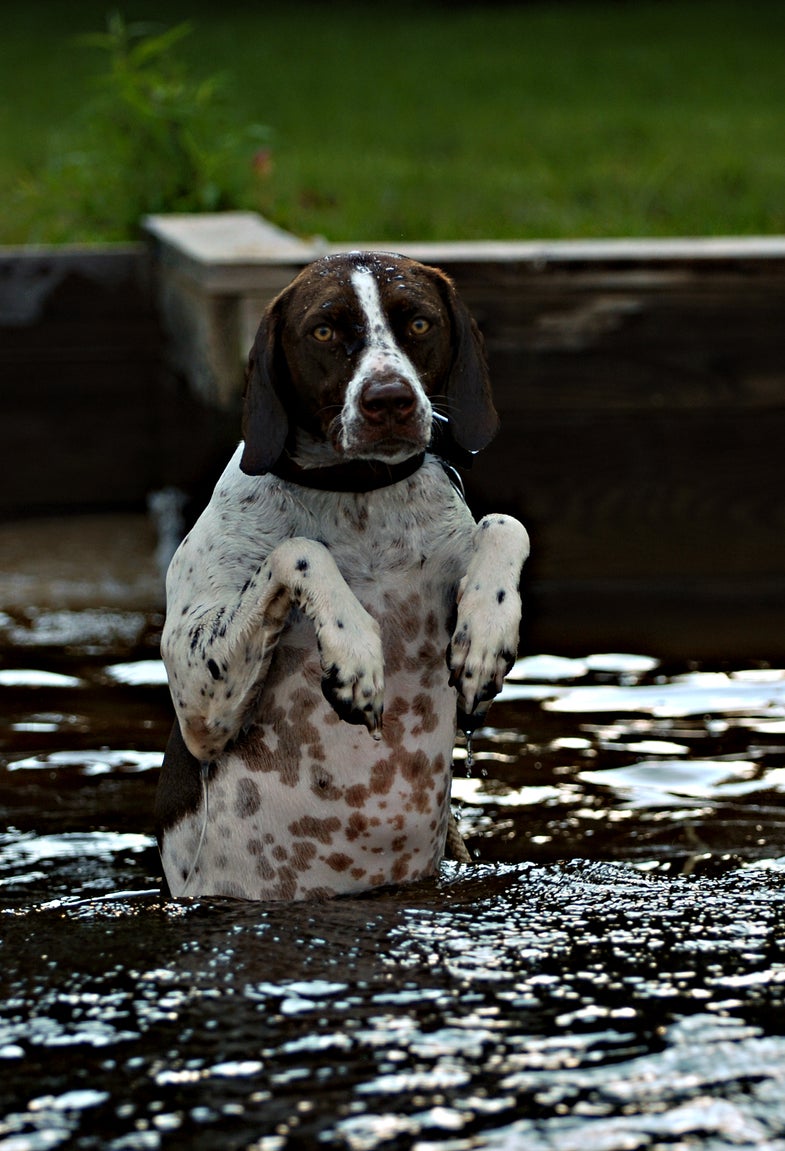 The recent Man’s Best Friend caption contest produced a flood of great entries. But before I get to the winner, let me say many thanks to Joe Pope of Sporting Dog Photographs for the hilarious image. And thumbs up to Cabela’s for the prize–a six-pack of training dummies.

As usual, there were a few themes that seemed to bubble to the surface, so to speak. Seems a good number of you had cold-water shrinkage on the mind. (You’re not trying to tell us anything, are you?)

Another common theme was the “bird dog don’t swim” idea. Our favorite of these was from jersey pig:

I’m done with this, you want ducks, get a lab!

Rynodaug mined the memorable scene from Fast Times at Ridgemont High for the following caption:

Phoebe Cates, eat your heart out.

The Olympics seemed to also be on your minds. Here’s a funny one from NathanH:

The Germans have begun exploring some unique synchronized swimming talent for the 2012 Olympics.

Taking honorable mention was John Anderson with a funny reference to our favorite childhood swimming-pool game:

But the winner, MLH, made us laugh out loud with his caption.

Yep, she learned to point flying fish all on her own.

Congrats, MLH. Send your address to me at mbfcontest@gmail.com and I’ll ship your Cabela’s training dummies.

Thanks, all, for participating.