In fishing there are rules that apply to all species in all bodies of water. Know what’s behind you before... 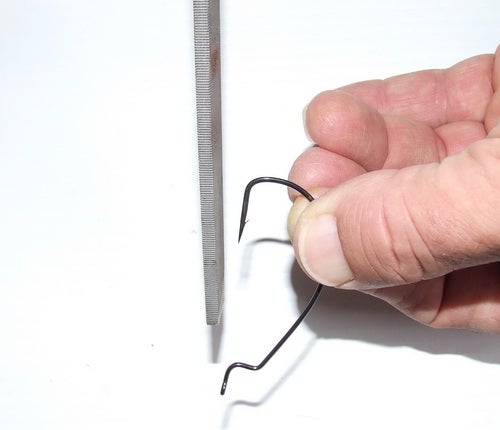 In fishing there are rules that apply to all species in all bodies of water. Know what’s behind you before you cast. Never reel against the drag. Keep constant pressure on the fish. We seem to have no problem following most of these fishing commandments, but there are also many that slip through the cracks more often than not. They are the rules that should absolutely become habit, yet they are overlooked in the heat of the moment. Here are the three no-brainer rules that I disobey most.

Hook Sharpening: It takes no effort to carry a small file on your person or in your tackle box. In less than ten seconds, you can give most hooks a razor’s edge, or at least make them a little sharper than they might have been. I read about it, I know it’s important, yet with the exception of shark fishing, I rarely sharpen my hooks. I think part of the problem is that packs of worm hooks, smaller bait hooks, and jigheads are seen as throw-aways. You kill one pack and buy another. What’s funny is that I’ll replace rusted lure hooks, but don’t sharpen them too much when they’re clean. So starting this spring, no matter where I fish, I vow to not be without a file.

Knot Checking: I’m anal when it comes to tying knots. If wraps don’t line up properly, if the cinch doesn’t feel right, I’ll cut it off and tie it again. Sometimes I just get a vibe that a knot is bad, even if nothing looks wrong. But once I’m happy with the connection, I’ll admit that I don’t periodically check the knot for weakness or abrasion enough. If I’m chasing bluefish, yeah, I’ll retie after almost every hook-up, but even bluegills can tax a knot after a while, and I’ve been bitten many times by assuming my connection was still sound.

Fly Line Cleaning: I own a bunch of fly outfits, and every spring before the season starts, I’ll diligently strip the line off each reel, then clean and dress it. Tell you what, those first few trips, that line flies. I love that feeling. Ten trips in and I come home tired, dirty, and in no mood to perform this task. It doesn’t bother me until I’m trying to hit a riser fifty feet away and the line is flowing like the guides are ringed with heavy-grit sand paper. This is another bad habit I intend to change this year.

So I’ve laid my cards on the table, now it’s your turn. Let’s hear your worst fishing habits. – JC