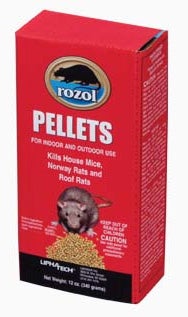 There are very few truly independent and unique voices left in hook-and-bullet-based environmental journalism. Field & Stream‘s Bob Marshall is one. The always-irascible Ted Williams, who writes a regular conservation column for Fly Rod & Reel is another. I’ll save the demise of hunting and fishing-based environmental reporting for a future blog post, but today I’d like to focus on an interesting piece on prairie dog poisoning that Williams recently penned for High Country News.

“Biocides” was Rachel Carson’s term for pesticides that kill indiscriminately. They haven’t been much talked about since the banning of DDT and relatives in the 1970s – until now. As Pete Gober, who heads the U.S. Fish and Wildlife Service’s effort to save the black-footed ferret, America’s most endangered mammal, put it recently: “The incredibly dumb things we did 40 years ago are coming full circle.” Had I heard of a biocide called Rozol? I had not. Rozol makes creatures that ingest it bleed from every orifice and stagger around for the week or two or three it takes them to die, attracting predators and scavengers. Whatever eats the anticoagulant-laced victim dies, too.

Prairie dogs are to the plains states what wolves are to the inter-mountain west – controversy incarnate. I live in prairie dog country, and I’m not ashamed to say I like prairie dogs. Dog towns are wellsprings of native biodiversity and some of the coolest wildlife encounters I’ve ever witnessed, I’ve witnessed in prairie dog towns. I’m not a prairie dog shooter. It’s just not my bag. But I am a pragmatist, and this story perfectly illustrates a point I’ve been arguing with non-hunters for years, which is: even if you don’t agree with non-consumptive hunting like prairie dog shoots, as a management tool it’s far and away more environmentally friendly than the alternative.

Poison doesn’t discriminate, doesn’t stop for lunch, doesn’t miss, doesn’t get tired and doesn’t call it a day when the sun goes down. It simply kills every damn thing that crosses its path. You can set up a bench in the morning, shoot prairie dogs all day and when you pack up and leave that evening there’ll still be a dog town there, there’ll still be an ecosystem. But throw down poison in that same dog town and that day’s sun will set on a dead zone. That’s the difference between management and ecocide.