As scopes get bigger and reticles become more and more dedicated to long-range shooting, it’s wise to remember that sometimes...

As scopes get bigger and reticles become more and more dedicated to long-range shooting, it’s wise to remember that sometimes you have to shoot close and/or fast in order to bring home the bacon, or keep something from doing the Macarena on your spleen. So let’s define our terms: Close is 25 yards or less; fast is the instant the rifle butt hits your shoulder. The best magnification for this is none at all–1X–up to 3X.
For close/fast shooting, the reticle must draw your eye instantly to the center of the image and let you see as much as possible of what you are trying to drill. The three best reticles for this are:

The Plex, perfected by Leupold as the Duplex, it’s a terrific all-around reticle, and works fine in a hurry. 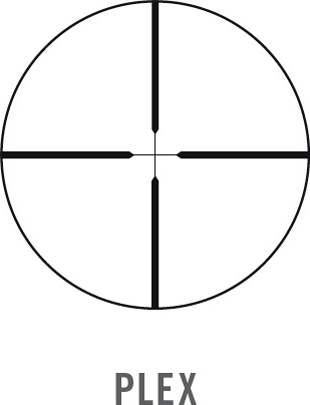 The German 4A. Long a favorite on the Continent, this reticle is now gaining traction in the U.S. Nikon uses it in their excellent Dangerous Game scope. It’s very fast, and lets you see more of what’s about to kill you than the Plex.

The Trijicon Post. The post reticle (either flat-topped or pointed) was popular in the first half of the 20th century, but has fallen into obscurity. Trijicon’s version of it puts an illuminated triangle at the top of the post. I’ve never needed the illumination; the reticle alone works fine all by itself even in very poor light. 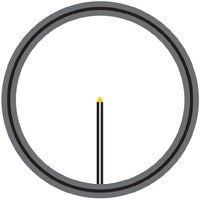