Field&Stream.com has many readers, and naturally the editors get a lot of mail. Some of it offers praise or suggestions.... 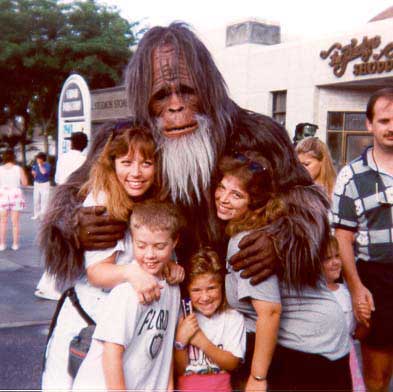 Field&Stream.com has many readers, and naturally the editors get a lot of mail. Some of it offers praise or suggestions. Some of it offers criticism and anger. And sometimes – every once in a great while – some of it broaches subjects and asks questions so profound we feel compelled to share with readers. Such is the case with this letter (portions of which are published below) from one Odie Ellis.

Mr Ellis, it seems, wants the federal government to list Bigfoot under the Endangered Species Act. No, really.

_Why Bigfoot should be placed on the Endangered Species List:

This is a very important matter indeed which needs addressing, and your help would be greatly appreciated. I am drafting this letter in an effort to garner your support on a topic to which I beseech to you would be a monumental issue indeed. I implore you to not take this matter lightly, it is one that will set an example for years to come and will undeniably set the standard on how all species will make their way to this most sacred of documents pertaining to the continuity of any genus.

__I am not trying in no way debate this beings existence; I am simply attempting to protect this animal’s right to the continuity of its species if it in fact does exist. I have checked the list and have found that this animal is not recorded as an endangered species, I do not know if this is an oversight, or simply just apathy. But I would like to inform you that at current there are species of animal who are on the list at which we do not currently have confirmation of still existing. Case in point The Amargosa Vole, a rodent whose current existence is undetermined, who possibly may at this very moment be extinct along with countless others…

…I have heard tales of hunters firing upon un-identified animals thinking they may be bagging the big guy, later only to discover it was nothing more than a moss covered stump beside a creek; imagine if that was your son or daughter sitting there in tree camo. I know of individuals who have spent literally thousands of dollars tracking and attempting to catch this elusive creature, should its right to survive in its own environment not be protected?

…The biggest problem I could possibly see in placing this animal on the Endangered Species List would be the five minutes out your busy schedule it would take to do so, not counting the ink that would be wasted to record his name. Besides would it not be worth the effort to do this simply in an effort to save some poor un-knowing camper from one day falling victim to the hands of someone who wants to be glorified by bringing home the ultimate trophy?

Currently I do not know if Bigfoot physically exist or not, but I do know that his image exists in the hearts and minds of millions; I know this from cartoons, movies, sculptures, magazines, and virtually any other outlet to which someone can present their theory, if there are a couple out there I would not want to look them in the eye and tale them they do not have the right to live simply because the rest of society does not believe in their existence. It is not our decision to determine what species survives, but it is our responsibility to protect said species if we have the ability to do so, we should not do this because we are trying to prove his existence, but because if he does exists it is the right thing to do._

Your thoughts? Have at it…