Archery season opens in less than three weeks here in Minnesota–even sooner in several other states–and I’ve got several buddies... 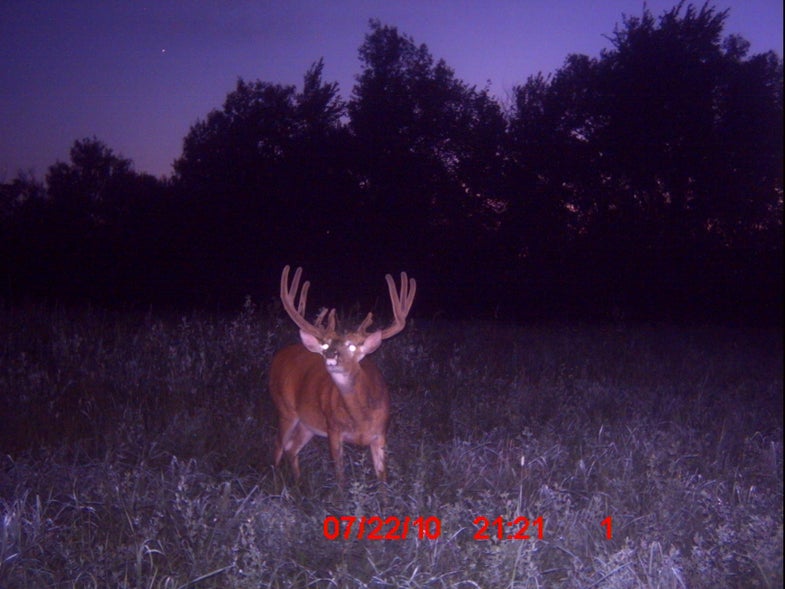 The bucks they’ve watched all summer are disappearing.

I think I know why. We open mid-September, and most early-season hunters focus on catching bucks in late-summer feeding patterns. Since this is farm country that usually means ambushing deer as they visit alfalfa and soybean fields. Indeed, the best way to find and pattern an early-season buck is to glass these fields in late summer, ID your target deer, and pray his bed-to-feed routine remains fairly consistent until the opener. Many times it will, which explains why some of the biggest bucks of the year are tagged in the first two weeks of season.

But this year might present a challenge. Abundant rainfall this summer has everything ahead of schedule…Including the acorn drop. Oaks are shedding nuts in a big way right now, and bucks like the one pictured above, have flat out quit coming to fields. We all know the whitetail affinity for acorns, and right now all deer–but especially the monsters–are gorging on them.

Personally, I don’t share my buddy’s concern. First, the early acorn drop might work in a field-hunter’s favor; when food sources are abundant (like now) deer don’t stick to any one thing very long…Meaning that in a couple weeks, they may well be back on the alfalfa again. Second, I’ve got some great white oak stands to hunt, places I’ve scouted specifically for scenarios like this. And finally, disappearing deer are part of the fun for me. I appreciate a slam-dunk as much as anyone, but any time whitetails throw me a curveball, I enjoy figuring out, and adjusting to, the new pattern.
So how about your area? What are the hot food sources right now?