In general, I come down on the side of meat hunting vs. trophy hunting. However, to be fair to the... 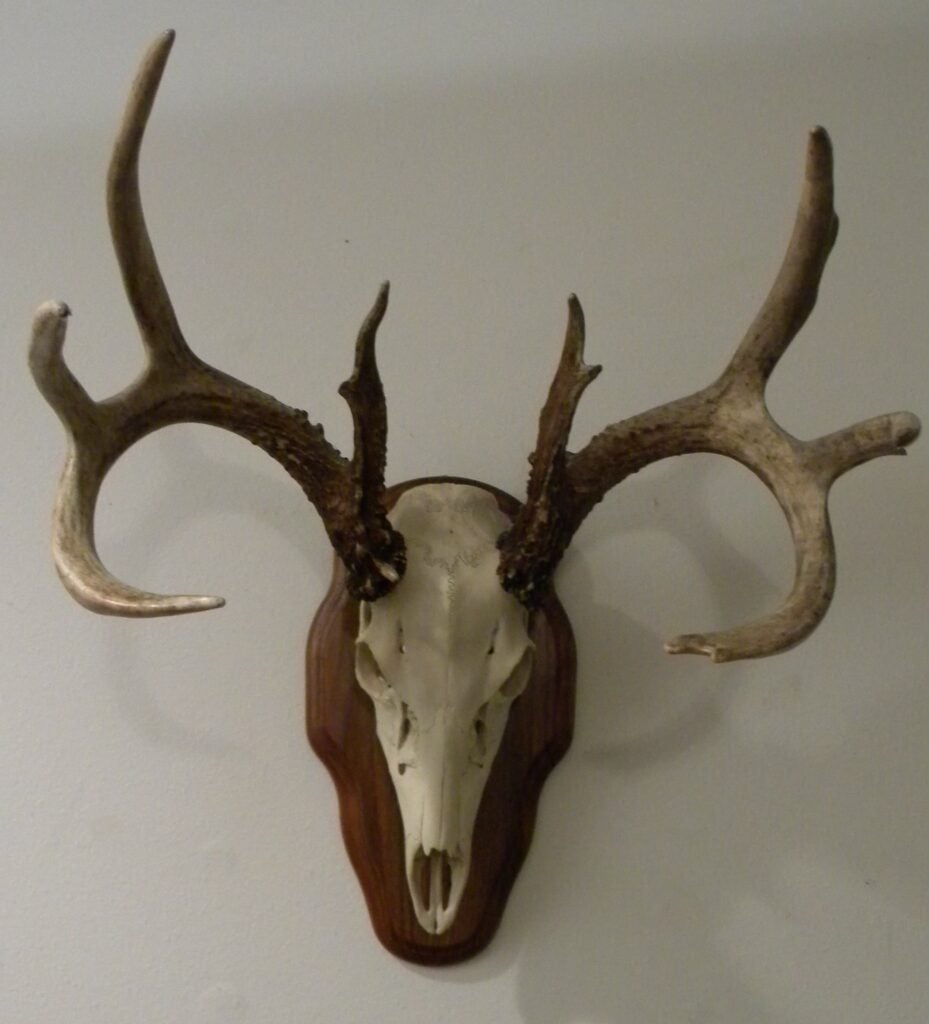 In general, I come down on the side of meat hunting vs. trophy hunting. However, to be fair to the trophy hunters, there is one misconception about trophies to clear up: mature animals are supposed to be inferior table fare compared to younger, tenderer ones. I’m not sure that’s the case.

I mentioned in a footnote last week that I have shot only one big deer in my life, shown here. That’s not strictly true because in Iowa where I live a typical eight that scores 145 doesn’t fit everyone’s definition of a “big buck.” It fits mine, though, and I experienced the opposite of “ground shrink” with this deer: with every step I took toward it, the bigger both the deer and its antlers grew until I was standing next to it, awed. At the same time I was worried: I had always heard that older, rutting bucks would be “tough, stringy and gamey.” (I’ve eaten a lot of game, and I still can’t figure out what “gamey” means.) He was rutting right up to the moment I shot him, his nose glued to the tail of the doe he was chasing. The hunt was in December and our rut peaks around November 15, so he had been running for weeks.

This is the kind of deer people tell you to grind into sausage. I didn’t, and I was relieved and pleased to find the roasts, loins and stew meat from this buck were every bit as good as the venison from any other deer I’ve ever shot. The only difference was, the meat lasted longer because there was so much more of it.

While I have only shot the one big deer, I’ve killed plenty of long-spurred old rooster pheasants that are supposed to be fit only for the stew-pot. Plucked and roasted carefully, they are every bit as good as a bird of the year, and bigger, too. In my experience, the same holds true for almost everything except squirrels — older squirrels really do need some slow cooking to tenderize.

In my admittedly limited experience, shooting a big buck is one of the rare instances in life where you really can have your cake (for the wall) and eat it, too. Is that true, or did I just get lucky with this one?