Bourjaily: Why There is No Gun Nut Tattoo Contest

Online Editor Nate Matthews and I were discussing ways to promote “The Gun Nuts” TV show recently. Nate, who is... 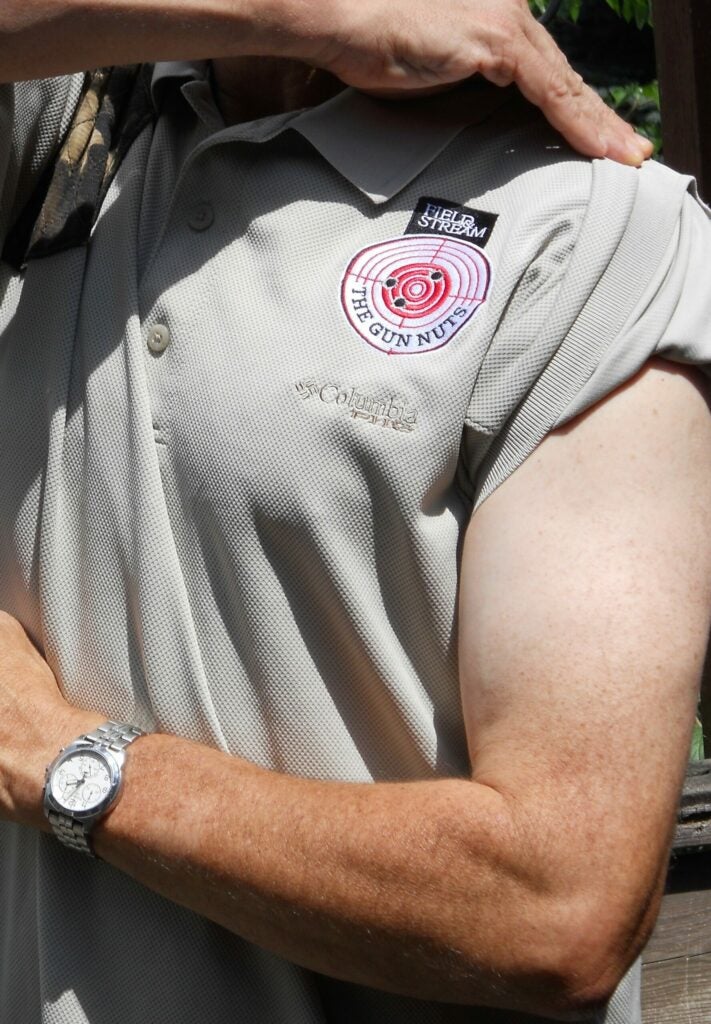 Online Editor Nate Matthews and I were discussing ways to promote “The Gun Nuts” TV show recently. Nate, who is at least 20 years younger than I am, suggested we hold a Gun Nut Logo Tattoo Contest. After I calmed down I replied that no TV show I was any part of would sponsor a contest encouraging people to permanently deface their bodies.

I try to stay youthful in my outlook, but I can’t understand why tattoos have become so popular. It used to be only tough and sometimes scary people had tattoos: sailors, carnies, long haul truckers, Robert Mitchum in “Night of the Hunter.” My generation expressed its individuality by wearing bad clothes and growing our hair long. Difference was, when we wanted to change our look, we could buy new wardrobes or get haircuts. I’m never sure younger people fully understand that tattoos don’t come off, and that what is important enough to you to have indelibly drawn on your skin at 20 may not matter so much at 40.

For instance, when I was in my late teens and early 20s, I didn’t shoot or hunt. I rowed competitively. I was into it and assumed I always would be. If tattoos had been as trendy in the late 70s as they are today, I would probably have crossed oars tattooed somewhere on my body.

My life turned out differently than expected — I discovered hunting — and I haven’t been in a racing shell in 25 years. I would be back at the tattoo parlor trying to have the oars turned into shotguns.

There’s something else I can tell you from the vantage point of middle age: skin loses elasticity and tattoos fade. My wife always assured me that the green squiggle on her father’s forearm said “USMC” but even knowing that I could never make out the letters.

My own non-tattoo is pictured above. Notice the embroidery on the shirt. If I get tired of displaying the Gun Nuts logo, I can take it off and wear something else. There will be no Gun Nut tattoo contest as long as I have anything to say about it. And, while my mind is made up, I welcome comments both pro and con from tattoo lovers and haters of all ages.