What Gun Nut hasn’t read all of Peter Hathaway Capstick? Here’s your chance to write like him. The Gun Nut... 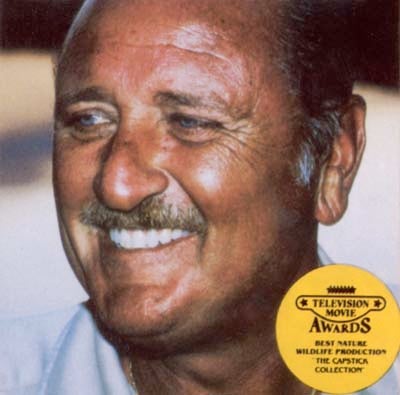 What Gun Nut hasn’t read all of Peter Hathaway Capstick? Here’s your chance to write like him. The Gun Nut Bad Capstick Parody Contest begins today.

Others have written better about Africa, but few are as much fun to read on the subject of dangerous game as Peter Capstick (1940-1996), author of “Death in the Long Grass” and several others.

Whether Capstick’s face-to-face encounters with charging buffalo and wounded leopards ever actually happened – and there is some doubt — he recounted them in irresistably over-the-top, often gory prose.

Sure, sometimes you need a road map to follow Capstick’s run-on sentences and rambling digressions but it’s always worth the trip. In Capstick’s Africa, unlucky hunters aren’t merely trampled by elephants, they have “their heads torn off and tossed like unraveling baseballs.” A hunter who runs afoul of a leopard gets “what healed into a topographic map of the drainage system of the Congo Basin” clawed into his back. And so on.

Capstick saved his most delirious writing for descriptions of the dawns and sunsets. Only he would liken a Brazilian sunset to the blood pulsing through his boot from a fresh jaguar bite. Then there is this image of dawn at an African hunting camp:

“Moths the size of woodcock mobbed the pressure lamp at the end of the dining hut table while a terminal moon suicided over the Luangwa River in an ecstasy of orange agony.” So here’s the assignment:

Give us one to three sentences of your best Capstick-style writing, the more exaggerated, the better. The topic can be either sunrise, sunset or a mauling. The deadline is one week from today.

My sons, to whom I read Capstick as bedtime stories, have volunteered to judge. Winner gets a shiny, new machete courtesy of Gerber.