Chad Love: What Would it Take to Bag Bigfoot?

When you think about it, there aren’t that many true challenges, adventures or goals left in the outdoor world. Sure,... 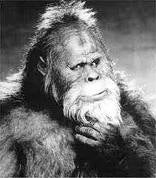 When you think about it, there aren’t that many true challenges, adventures or goals left in the outdoor world. Sure, you can chase record-book animals or fish…big deal. So can anyone else with a little time and a little money.

From this story on Gather.com:
Who hasn’t dreamt of being paid money to get to go out exploring, hunting down creatures that few even believe exist? Well, dreamers, here’s your chance. Hubei Wild Man Research Association (HWMRA) in the Hubei Province of China is now hiring members for a team that will track down the legendary Bigfoot, known as Yeren or Wild Man in China.

_There have been more than 400 reports of having seen Yeren in a mountain range in central Hubei. The search for the mysterious half-man, half-ape has been ongoing since the 1970’s. In the 1970’s and 1980’s expeditions turned up some hair, a footprint, excrement, and a sleeping nest, all suspected to belong to the Yeren, but there is no real conclusive evidence thus far. There have been no expeditions since the early 1980’s. Until now.

The HWMRA is looking for team members in good physical health, preferrably between the ages of 25 and 40. “Most importantly, we want the team members to be devoted, as there will be a lot of hard work in the process,”said Luo Baosheng, the vice president of the HWMRA. The research is not without a price tag, though. Estimates say the expedition this time around will cost at least $1.5 million US dollars, though it could easily cost more than that. It does beg the question whether that money could be put to better use than hunting legendary creatures, though. This writer thinks it would be fascinating to be able to be out in the wild, part of an archaeological hunt to find a creature that may or may not exist. Isn’t that the sort of things most American children dream about when they’re in their adventurous stage?_

So that got me to thinking…it would take a real outdoorsman to capture Bigfoot. A consummate outdoorsman. A – dare I say – Total Outdoorsman. We all know these guys can shoot and cast and paddle through Class V rapids while tying a Bimini twist with their toes. But can they catch a Bigfoot?

I’m just saying, maybe the Hubei Wild Man Research Association (HWMRA) could hook up with the F&S Total Outdoorsman Challenge (F&S TOC)and we could finally bag the big, mythological hairy-a$$ed primate (BMH-AP). It would be interesting to see how the individual TOC contestants would go about trying tocapture Ye Olde Wild Man, wouldn’t it? A giant net woven out of superbraid? The possibilities are endless, and endlessly entertaining…