If You’ve Got To Go, Go Out In A Fishing Boat

This story from WLOX.com has just started making rounds on the Net, and I don’t think there’s an angler out...

This story from WLOX.com has just started making rounds on the Net, and I don’t think there’s an angler out there that can’t appreciate it. Ronald Bloss Sr., who lived near Harrisburg, PA, was a life-long outdoorsman. Per the story, you could find him fishing on the Susquehanna River almost all year long. Bloss owned 5 boats, so when he passed away at 78 last week, the family decided it would be only fitting to pull Bloss to his final resting place in one of his vessels. One of his sons drove the truck, and I think it’s an awesome homage to a die-hard angler. 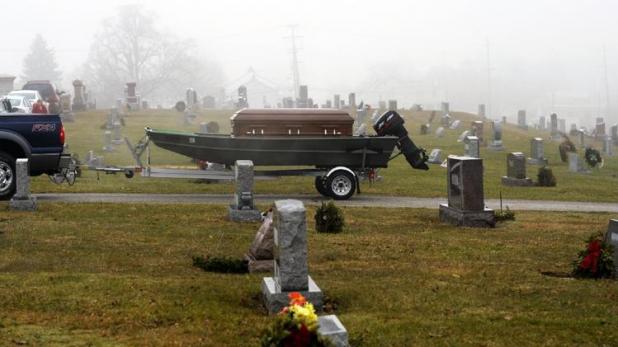 Thinking about your last day here is pretty morbid and not something we tend to do very often, yet I’ve bumped into a few people that have requested a fishing-related send off. One good friend and guide on New York’s Salmon River made me promise that when he went, I’d see to it a plaque was placed at his favorite spot. Another buddy insists on being buried in his white rubber deck boots. As for me, I haven’t given it much thought, though I think my wife would like to bury me with the 8-foot tarpon mount in our house for no other reason than to finally get it off the wall. Condolences to the Bloss family, and thanks for letting Ronald be an angler to the end.

Have a great weekend, everyone.