The Differences Between A Bass Fisherman And A Trophy Bass Hunter

Several years ago I spent a day fishing the California Delta with a guy named Rob Belloni. I was pitching... 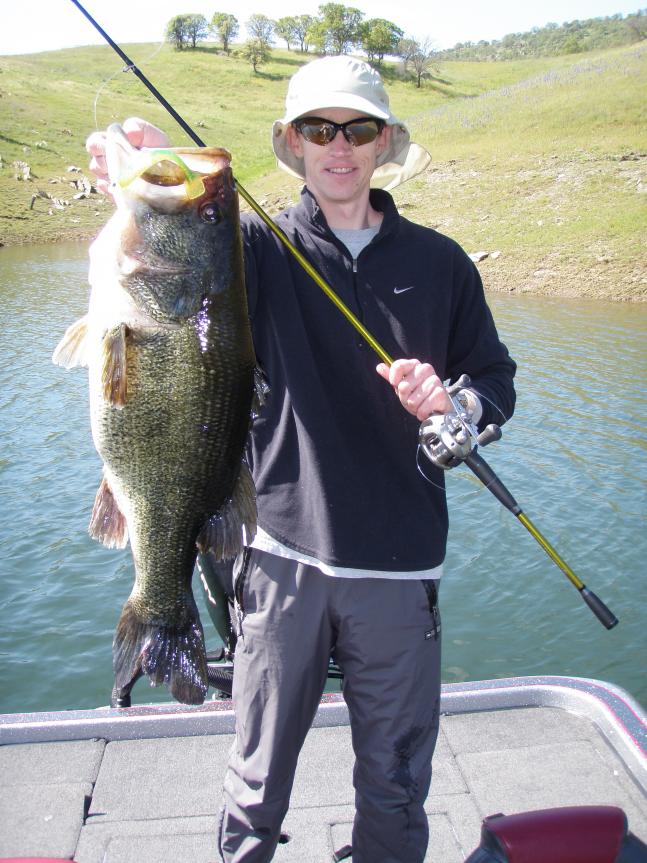 Several years ago I spent a day fishing the California Delta with a guy named Rob Belloni. I was pitching a black jig at bank wood and rock, which is a pretty simple and effective spring bass technique. But I came to find out that throwing a little jig around was all Greek to Belloni. See, Rob is the quintessential trophy bass hunter. He understands that his quests are going to produce fewer bass, but the ones he catches are likely to be enormous specimens that many of us would consider a fish of a lifetime. To put it in perspective, Rob has over 25 bass exceeding 13 pounds to his credit (including the one he’s holding in the photo). He doesn’t even bat an eye at 3 to 5 pounders. Some of the huge baits he uses have teeth marks, while others have yet to draw a single strike, but he still fishes them. I’ve kept in touch with Rob, and I’ve managed to pick his brain on what it takes to be a true trophy hunter. I found out that it’s not like tournament fishing, and it’s surely not like recreationally casting your favorite worm around Uncle Charlie’s pond.

The biggest advantage a Northern California native like Rob has is living in Northern California. In his area there are more than a dozen lakes that regularly kick out 13-plus-pound bass. But the lake’s potential is only a small part of the overall equation. It’s all about discipline, and that discipline starts with training yourself to not care about catching numbers of fish. Then you have to forget about using small baits for pip squeak bank runners. It’s about rationalizing how you could launch a giant triple-jointed swimbait for hours, or even days, with just a few key opportunities (and maybe no bites). It’s understanding that most of your fishing time will produce nothing, zero, zip.

More than anything, however, Rob emphasizes that it’s about knowing when the conditions are right for those giants to bite, and capitalizing on those short windows. If you’re curious, he puts more stock in approaching fronts than lunar phases or the barometer. Rob told me that when he does land a mega-sized bass, he knows to get a cast right back in there immediately, because if one giant committed, then something is just right at that very moment, so another may chew. That part of his game taught me to recognize and take advantage of the same timing phenomenon in my bass fishing.