How Many Times Have You Caught The Same Bass In The Same Spot?

I was in Jackson Hole, WY, not long ago and ended up having a long conversation with guide who fishes... 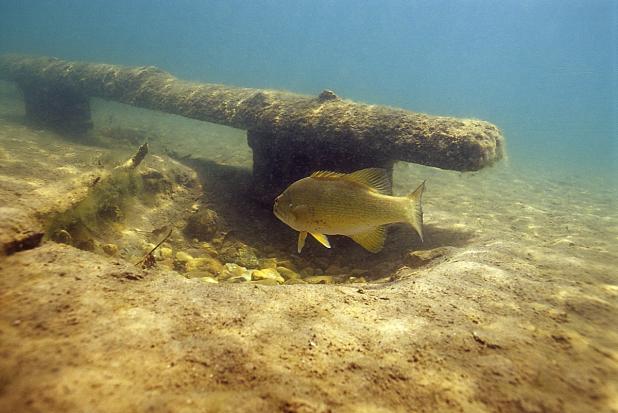 I was in Jackson Hole, WY, not long ago and ended up having a long conversation with guide who fishes the Snake River. He’s a really busy guy in the spring, and knowing that he fishes the same stretches day in and day out, I asked if his clients ever catch the same trout multiple times a week. It didn’t take him long to answer, “Yup, I could even call my client’s shots every once in a while,” he said. I can’t even count the number of times I’ve caught the same bass, and when you’re talking about a big, educated fish, it can have the power to infect your brain lure you back over and over.

Bass hunters that are more on the quest for trophies than numbers frequently catch and release the same fish years in a row. They track the monster season after season to see how big it grows. They recognize and note the most minuscule blemishes to both identify the fish, and to monitor its health. It may be that the bass sits way under the same dock every summer, spawns on the same flat every spring, or is prone to eating a Jitterbug on stormy nights in cove X. It’s not necessarily the best strategy to return to the same fish over an over, because most times it never shows up again. But it only has to return once for it to be forever burned into your mind.

Overall, tracking a few fish is a lot easier to do on smaller lakes or rivers, but big bass are often very territorial on larger bodies of water. I once caught the same bass four times in six years from a Pennsylvania reservoir. From what I gathered about this fish, she gravitated to the deep side of one lone rock every fall as the lake level dropped. This bass had a very identifiable large black spot below its dorsal fin. Every time she hit my black-and-blue jig, she would try to take me under that big rock she called home. The most noteworthy facet of this fish was that I caught it the third time in a tournament, then weighed and released it 5 miles down the lake thinking I would never see it again. It took two years, but I surprisingly caught her again off that same big rock, and the last time she weighed a healthy 6.2 lbs. This all makes me a bigger believer that there’s no place like home for a bass, especially when home serves all their needs.

How many times have you caught “Old Grumpy” in your home lake?