See if this sounds like you in spring: Your trolling motor gauge is set at no less than 80%. You’re... 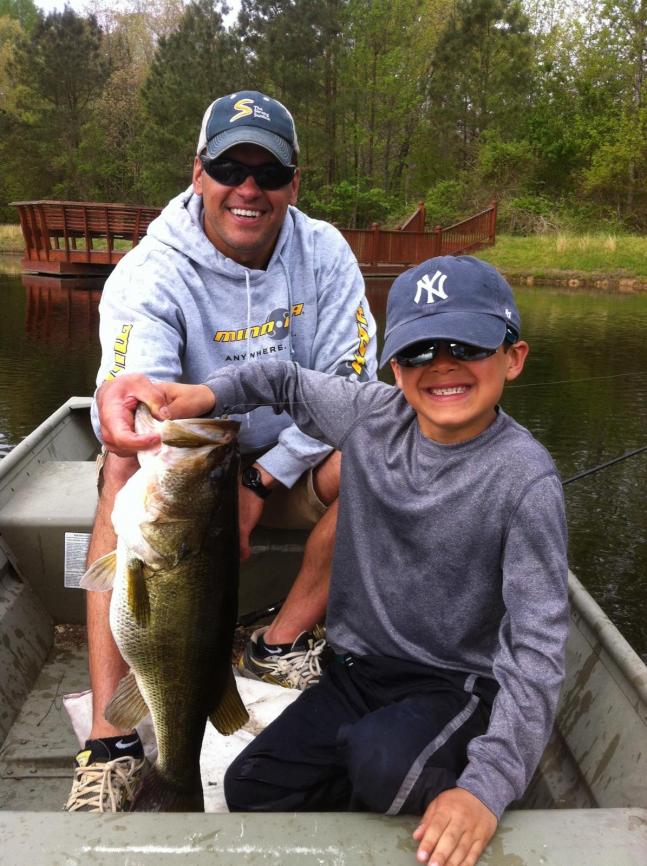 See if this sounds like you in spring: Your trolling motor gauge is set at no less than 80%. You’re cruising up and down the bank on your tricked-out bass boat, but you’ve yet to make a cast. Your eyes become glued to a spot that looks like it was probably a bass bed a week ago, but now nobody is home. You have nine rods rigged with different bed fishing baits. Your foot is poised to deploy the shallow-water anchor at any second, but three hours later, you’ve seen zippo and caught zippo. That’s when you hear some kid across the cove hollering about giant bass he just landed. Just to make the story more fun, we’ll say the kid and his dad were only out for a half hour, just messing around with one rod on board. Would it drive you crazy? Would it make you wonder what you were doing wrong? The answer is that you’re spending too much time looking and not enough time fishing. It’s a common spring problem.

I have to brag a bit…that story was about my son and I the other day. Part of the reason I was able to get him the 9 pounder in the photo was that I’ve learned over the years if bedding conditions are only so-so, you’re better off just fishing than spending time looking for fish on beds. This is not to suggest, of course, that now isn’t a good time to fish beds. If warming weather conditions couple with a prime moon phase, a huge wave of bedding fish can move up and the action can be awesome. You’ll at least get a few great days. But if you try to match that success three straight days in a row, you’ll notice the bed fishing usually fizzles and you end up playing with a few straggler skittish bucks with hook marks in their lips, or flat out looking at empty beds. And nothing is more frustrating to guys that insist on seeing their targets than not seeing any targets.

By and large, bass are shallow this time of year regardless of whether they’re pre- or post-spawn. They can be very spooky, however, if they’re not spawning, and it can take a little finesse to get them to chew. My trials have taught me that if you cast finesse baits from a distance at areas where you think they should be spawning, you’ll end up pleasantly surprised with catches that you never saw coming. My son fooled that fish using light line and a small shaky head jig. And we certainly never laid eyes on the fish before it sucked it up.