Not long ago I came across a warning posted online reminding boaters to be extra cautious on one of New... 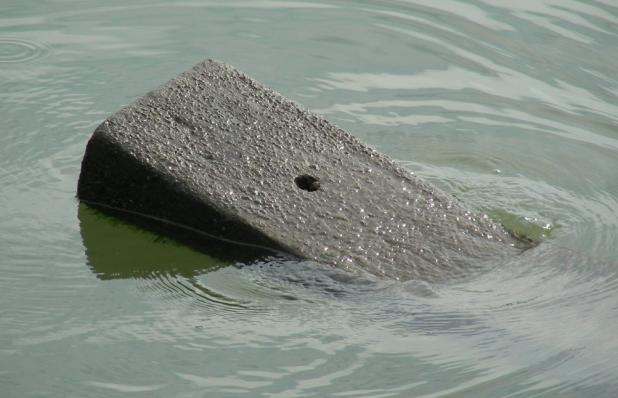 Not long ago I came across a warning posted online reminding boaters to be extra cautious on one of New York’s Finger Lakes following heavy rains. It’s actually a good reminder to anyone that fishes lakes and reservoirs, because rivers aren’t the only culprits when it comes to dangerous floating debris. In fact, floaters in lakes will catch you off guard much more frequently. It only takes one thump when your guard is down to start a chain reaction of boat problems at best, serious injury or death at worst.

Floaters on still waters typically break loose from the bank as the water rises rapidly, then wind and waves set them adrift. Much of the trouble-making debris is waterlogged wood that sits barely below the surface. You’re running fast, not giving a thought to the huge rains four days ago, and thump! Over the years I’ve seen all kinds of floaters, some of which have been totally perplexing. I’ve driven up on outhouses, beach balls, diapers, even the fender of a 1972 Dodge Dart duct taped to a log that I’m betting was used for target practice. That was on Table Rock Lake, but whatever the case may be, early detection is the key to avoiding disaster.

First, you have to slow down to give your eyes a chance to pick up something visually, and then react. I get it; bass boaters like to drive fast, but high speeds not only slow your reaction time, they cause far more damage when you hit. Optical acuity on the water is decreased with waves, wind, and light. Waves play a huge part in hiding what’s just below the surface, so going slow allows you to have a chance to detect the debris in either the crest or trough. I advise running in one stage of a wave, like the trough. If that makes it difficult to get to your destination, at least try quartering the waves so you aren’t as surprised by what’s behind the next big roller.

Many floaters are struck when a boater is running at daybreak or sunset, as the sun is right in your face. That’s why I advise never running directly into the sun if possible, and wearing polarized glasses in all light conditions. Finally, I feel obligated to remind you of more obvious correlations. For example, a bird standing on something in the middle of the lake usually means other floaters are present. That’s a good time to come off the throttle some. More specifically, be aware that floaters gather in numbers around places like current seams, many of which are created by the prevailing winds or subtle generated currents. Even a cluster of floating soda bottles has taught me that there is a high likelihood of something much worse near by.