“What are they doing in New York? Shouldn’t they be in Nebraska or something?” asked one friend. “Where are you... 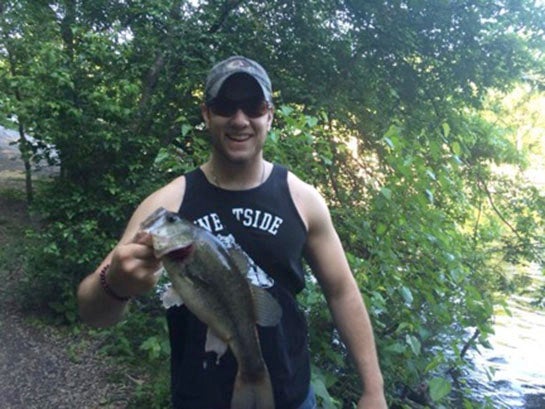 “What are they doing in New York? Shouldn’t they be in Nebraska or something?” asked one friend.

“Where are you going to fish?” asked another.

I explained that Field & Stream and Outdoor Life’s parent company, Bonnier Corporation, has an office in New York City where most of the print and online content is edited. The second question was harder to answer, but after watching a few YouTube videos, it was clear that fishing for largemouth bass in Central Park was first on my list.

When I packed my belongings for the move, I had to decide what gear I was going to bring with me. My dad said I needed to focus on work. My mom was worried I’d forget about everything else I needed to pack. I was just trying to decide between the baitcaster and the spinning rig.

At the end of my first week in the city, I decided to see if it was actually possible to catch a Central Park largemouth. I purchased a New York State fishing license online and hopped on a No. 6 train from Astor Place to 77th and Lexington with my new roommate Anthony.

“Look, honey, that’s a fishing pole! That man uses it to pull fish out of the water,” said one mother to her son as I boarded the subway. The number of stares I received grew by the second. My inner-Pennsylvanian was showing.

After a short trek across Park Avenue, we stood and stared at the 843-acre park. The 18-acre Central Park Lake is one of three fishable bodies of water within the confines of the park, along with the Central Park Pond and the Harlem Meer.

I scoped the banks of Central Park Lake for limbs or obstructions that might hold cover for a bruiser bass and started casting. It became a typical run-and-gun venture. If a spot wasn’t producing, I didn’t stick around.

After 20 minutes of pitching a 4-inch Senko-my big-bass go-to lure- between every fallen branch I came across, I finally felt the signature bump-bump every bass angler knows.

“Do you have a fish?” asked Anthony.

I was silent. I can’t remember a time when I was more focused on the sensation coming from the other side of the water.

I set the hook and the surface erupted. All I saw was a gaping mouth, but I knew it was a good fish. Losing a fish back home on Lake Erie is one thing, but losing my first fish in Central Park was not an option. I loosened the drag just a touch and landed the 4-pound largemouth after a short fight. The pride I felt after catching that bass ranks up there with catching my first trophy-class largemouth when I was 8 years old. After a quick photo-op, I released the Manhattan Monster back into his sanctuary.

I had told Anthony earlier that if I caught a fish in Central Park, I’d probably call my fishing career quits and die a happy man. After that fish, though, it won’t be long before I’m back on the No. 6 train to Central Park. After all, it was only my sixth day in the city, and there are many days of fishing left this summer.