There is a widespread vibe in the bass fishing world that live bait somehow makes the game too easy, or... 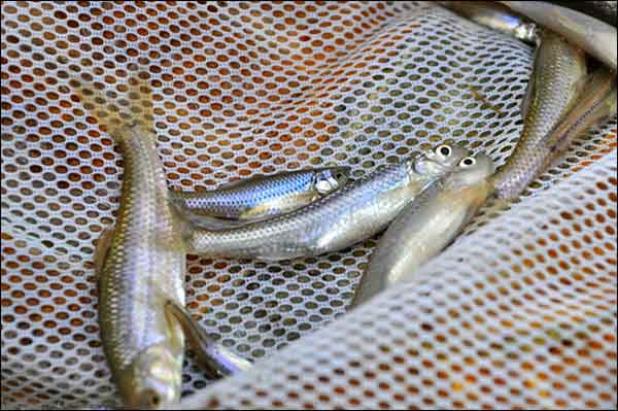 There is a widespread vibe in the bass fishing world that live bait somehow makes the game too easy, or that it’s beneath serious anglers. I’m here to tell you it’s not beneath me. In tournament competition or official practice, of course, it’s not allowed, but I’m not talking tournies, I’m talking fun fishing. I couldn’t even begin to count the times I’ve been schooled by someone nearby fishing live bait while I struggled to get a single bite on artificial. Just last week, a guy cleaned my clock drifting live shad under the same bridge I was fishing. But what I don’t think many anglers realize is that live bait isn’t just an “easy” way to catch bass; it’s a useful tool that will help you catch more bass with artificials.

Years ago, in the very first small bass tournament I ever won, I caught my bass by vertical jigging a spoon around suspended offshore schools of alewives. I found the bass around them, and figured out how they would bite, by practicing with live shiners the week before. I haven’t forgotten that lesson. These smallmouths were suspended in small key areas on a river channel edge in the middle of the lake. I noticed that they would only eat the live shiners presented while popping the rig up and around the suspended bait schools. During tournament day the next week, I kept the spoon high and moving around the suspended schools of bait, consequently catching the winning bass stringer. I certainly caught fewer on the spoon than I did with the live shiners, but it taught me a lesson that paid off that day, as well as down the road.

Many more lessons were learned during all the years I spent wading in the Susquehanna and Delaware Rivers. In those days, I found it hard to beat drifting a live hellgrammite or stone cattie. I spent lots of time tweaking leader lengths, how to best hook the bait, the exact weight necessary to get just the right drift or hold, and the perfect size and shape hook for best landing ratios. Over time, I was able alternate live bait with artificial lures more often and with more success. The live bait rigs jump-started that learning curve for me. To this day, I still use the info gained from live bait fishing every time I hit the water.