Using live pigeons for gamebird training is smart, if you catch them with a pigeon trap 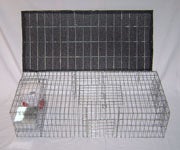 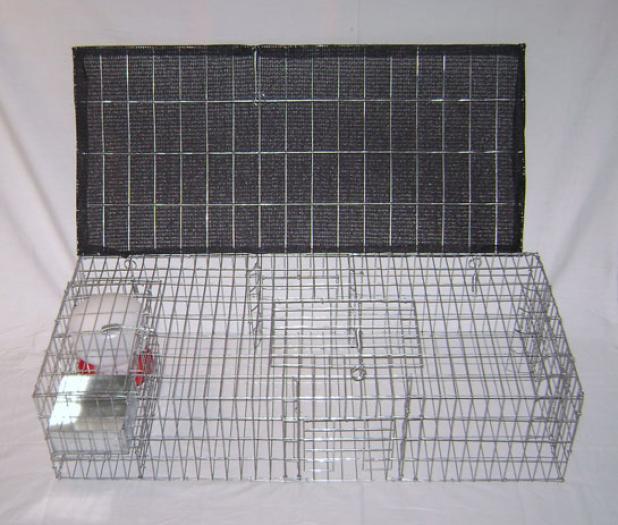 I’ve previously blogged about the importance of using live birds for training and how it’s smart to use a mixture of both pigeons and pen-raised birds. While I try to mix it up between the two, I have to admit that pigeons are what I use the most. Why? In theory, off-season training with live gamebirds sounds great. In practice, however, there are some issues.

First off, live gamebirds can get expensive. In my area, adult quail generally will run you four to five bucks apiece, chukars and huns will go slightly higher, and pheasants will set you back up to $13 per bird. On top of the initial expense, trying to keep gamebirds healthy, alive and in re-usable condition can sometimes be a struggle. Not to mention the fact that you can’t take a bunch of quail out to a remote field, turn them out and then expect them to find their way home.

You’re pretty much restricted to one training location and a johnny house/callback pen set-up if you turn out free-roaming quail. And if they’re not adequately flight-conditioned enough to, well, actually fly away from your dog, then it pretty much defeats your purpose.

That’s why so many of us rely on pigeons, both trapped and coop birds, for our training. They’re free (if you can set a pigeon trap to catch them) or cheap (if you have to buy), they’re very hardy, easy to keep and raise, and are strong fliers. If they’re adequately homed or imprinted on your pen or coop, even normal barn pigeons will (mostly) find their way back home from distant training sites. You can either buy barn pigeons or homers on Craigslist (barn pigeons normally got for two or three bucks a piece, culled homers a bit higher) or you can choose to trap your own.

I’m cheap, so I trap my own. Which is why I’ve been driving around town lately looking for likely pigeon-trapping locations. I just received two commercial pigeon traps made by SW Cage (available from Gundog Supply). I’ll be talking more about the traps and my pigeon-trapping experiences in a future blog, but for now I have to figure out where and how to place them. That’s where you come in.

I need some suggestions on where to set a pigeon trap for maximum skyrat catch rates. Any ideas? Downtown buildings, old grain elevators, underpasses or bridges–I’ve seen a few pigeons in these spots in my town, (which doesn’t have a huge pigeon population to begin with) but I’m not sure I’ve seen enough to make placing a trap worthwhile. Do you have a surefire, under-the-radar pigeon-trapping spot or technique? I’d love to hear it.