Secrets of the Whitetail Rut

Photo by Lance Krueger We deer hunters can never claim that we lack information. We know all about deer habits... 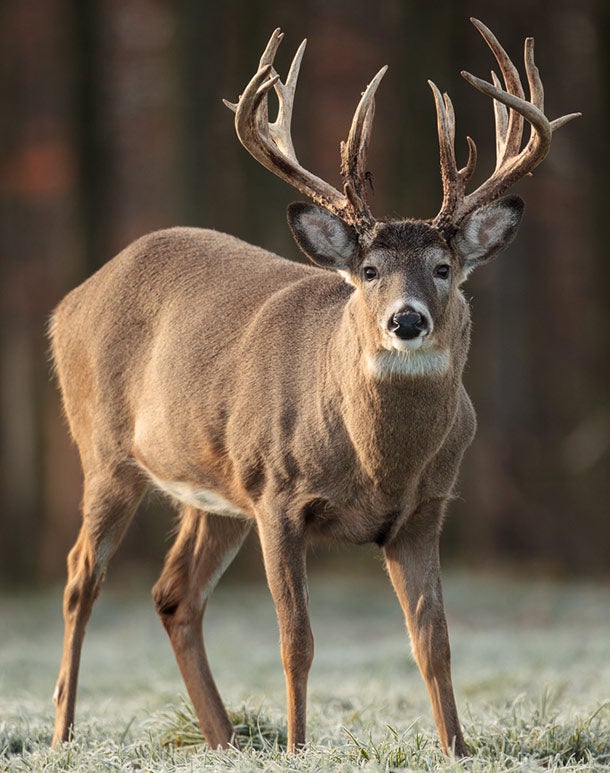 We deer hunters can never claim that we lack information. We know all about deer habits and habitat, preferred forage and growth rates, physiology and reproductive practices. We can identify the size of a deer by its tracks, its gender by its urine, and its current feeding preferences by its droppings. We watch deer on trail cams and name animals we’ve never seen in the flesh. So, is there such a thing as TMI—too much information—when it comes to whitetails?

My answer, arrived at after 41 seasons in the deer woods, is “Not a chance.” We can try to predict where and what deer will be eating, where they’ll be bedding, the routes they’re taking between the two, and when they’ll actually be there. Constant scouting will give you an edge, but it’s difficult or impossible to be in the woods often enough to keep track of ever changing patterns.

There’s one good way to get a handle on what deer in your region are doing, though, and that’s a neat program we started four years ago called The F&S Rut Reporters. Seven regional reporters (and I’m one of them) post biweekly accounts of deer behavior throughout whitetail country before and during the season, telling us what deer are doing right now. What’s more, to write my weekly national roundup for Rut Reporters, I read and study every post—and there have been hundreds—written for the site.

All of this means that I’ve learned, and confirmed, more about deer than I ever thought possible. These are the five biggest lessons, and what I believe are the keys to tagging a good buck every season:

Follow the Food
Hunters like to think the rut is all about sex. But to consistently find bucks, you have to know what the does are eating. If you doubt this, try sitting over a food plot when acorns are raining from an oak stand a half mile away. Whitetails are slaves to their stomachs even during the rut, and bucks will never be far from where doe family groups are eating. The reports by Mid-South reporter Will Brantley have clearly illustrated the importance of long-range observation and scouting not just to find deer but to monitor mast crops, search out new clear-cuts, and learn when ag fields are combined. Rubs, scrapes, and the bucks that made them will be nearby.

Hunt the Weather
Changes in weather routinely get deer up and about. It’s been 70 and it suddenly drops to 50? Deer move. Got a light mist after weeks of dry and sunny? Bucks will be on their feet. Nowhere does weather come faster and harder than in the mountains, and posts by West reporter Jeff Holmes have revealed time after time how fast whitetails abandon current behavior when a front or storm moves in. If there’s going to be a change in the weather, get in the deer woods.

Don’t Hunt Memories
Just because the bucks were in one spot last year doesn’t mean they’ll be there this fall. Food sources switch. Habitats are altered. The spot that hasn’t seen hunting pressure in a decade gets discovered. Keep up with these adaptations, and you’ll stay on deer. Hunt last year’s hot stands, and you’d better like tag soup. Last fall I didn’t bother to scout a perennial hotspot before hiking a mile to it, in the dark, with a stand on my back. When the sun rose, there was not a rub nor a scrape to be found.

Northeast reporter Mike Bleech has a simple but thorough system to keep track of changing deer movements. In addition to running multiple trail cameras, Bleech and a friend drive a 40-mile route through whitetail habitat once or twice a week, noting where and when they spot deer. The shifts in deer numbers and locations during the course of a season—and often within days—are astounding.

Put in the Time
The best buck I saw this past deer season appeared a full 63 days after our season opener. I hunted most of those days, too. That’s yet more evidence that grinding it out leads to success: Scout, make a plan, follow through, be patient, and be ready to capitalize on an opportunity when it comes.

South reporter Eric Bruce has ferreted out such long-term success stories with amazing frequency, in one case documenting a hunter who spent 500 hours in one season waiting for a chance at one beautiful buck (and yes, the hunter succeeded). Hunters who do not quit fill tags often.

Learn From Others
I’ve kept a hunting journal for many years, and I have learned a lot from that log. But tapping into the broad base of expertise gathered by both my north-central contacts and the entire Rut Reporters team has been the equivalent of deer hunting grad school.

For instance, South-Central reporter Brandon Ray’s season retrospective concluded that, while peak breeding remained the best time to see a truly big buck, the best chance to actually shoot such a deer was in the two-week period immediately prior. This observation jumped out at me because it matches my own experience. Sure, when breeding activity is peaking, it’s often much easier to see bucks, simply because they’re traveling more often and over greater distances. However, the movements of these deer will be highly unpredictable. A buck could move quickly through cover where I don’t have a stand, or simply pass by out of range. On the other hand, that buck might move less during the pre-rut, but if I’ve done my scouting, I can set up an encounter in his home range where I can adapt to factors such as wind direction and trail use.

Hunter: Mark Williams
State: Kentucky
Rut Reporter Region: Mid-South
Details: Williams got his chance at the 145-inch 8-pointer on the day a cold front moved in.