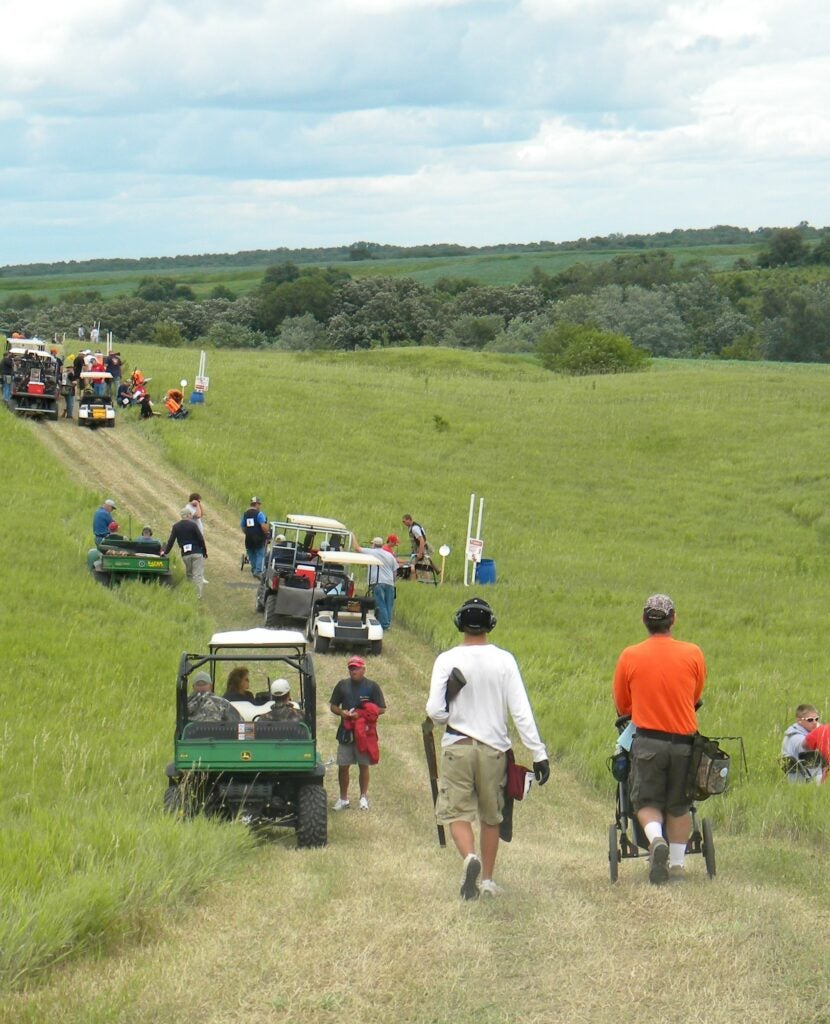 I’ve never believed in cranking choke tubes into the muzzle super-tight, but I do make sure they are firmly seated, then I nervously check them periodically during a day in the field or at the range.

From now on I’ll be examining my tubes more often after seeing somebody launch one – something I had heard of but never witnessed before this weekend.

There were five of us recreational Hunter-class types squadded together, and at the last minute, Frank, a Master-class shooter, joined us. He had an ever-so-slightly abrasive manner and an absolutely beautiful O/U that cost in the neighborhood of $15,000-$20,000.

At Station Four, he crushed a target. What I thought was the wad went flying through the pieces. Then we looked at the muzzles of his gun, and one of the extended tubes was gone. The tube had come so far unscrewed that the threads in the muzzle weren’t even damaged. The shot charge just snagged the choke and took it along for the ride as it flew out the barrel. It fell in some long grass where there was no chance of finding it without a metal detector. Frank screwed in another tube and kept shooting. “That was a $60 shot,” he kept saying.

My second takeaway from the shoot: lighten up. Even before he sailed his IC into the prairie grass, Frank was not having a good round. He missed three at the first station – a disaster for someone at his level — then he let his anger and frustration turn a bad start into a trainwreck.

One of the keys to breaking five identical pairs in a row is to keep an even pace to your shooting. Frank would rush through each station (I think he just wanted to be done with the round), smashing targets but taking less and less time between pairs. Watching him, it was painfully obvious at every station that he was headed for a miss in the fourth or fifth pair. When he did whiff, I thought he was going to throw his gun. All he had to do was slow down, set an easy pace and enjoy himself, and he’d have shot a much better score.

In the interests of full disclosure, my attitude at the state shoot was awesome: I was relaxed, happy, took my time between pairs and Frank still outshot me pretty badly. On the other hand, I had a great time and he did not, so which of us really came out ahead? Even when enjoying yourself doesn’t help you shoot better, it is its own reward.