Weekend before last was the Iowa Scholastic Clay Target Program American trap championship at the Cedar Falls Gun Club. I... 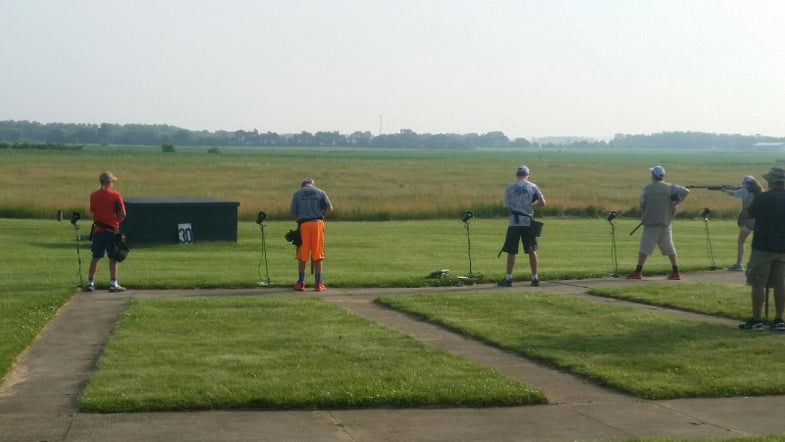 Weekend before last was the Iowa Scholastic Clay Target Program American trap championship at the Cedar Falls Gun Club. I made my eighth trip to the event as a coach, and can’t get over how much it has grown. What started as a one-day, 600 participant shoot and now the competition stretches over five days and comprises 2,600 kids. The Iowa shoot, although big, is by no means unique. Nebraska and Minnesota have bigger state shoots. Scholastic Clay Target Shooting has got to be the biggest and most successful shooter recruitment program in the country.

The first year I went, shootoffs and awards were done by 4:30, and if you broke 97 out of a 100, you could win it all. No longer. It’s now a 200-bird race. This year’s shoot was held in high wind, high humidity and temperatures in the mid-90s. I wilted just scoring in the heat, never mind shooting in it. Even so it took a 199×200 to win the Men’s championship and a 194×200 to win the Ladies’. Both events had to be settled by shooting off ties and winners weren’t decided until 10:30 at night.

The days of some kid winning the shoot with an 870 Express are over. Target guns rule the field. A lot of kids do well with the blue Beretta A400 semiauto sporting guns, which are very popular, but most of the top shooters have dedicated trap guns: the Men’s winner shot a Browning O/U, the Ladies’ winner shot a Krieghoff. The Caesar Guerini and SKB reps were there so kids could demo and buy trap guns, or, more accurately, demo guns that their parents could buy for them.

Clay target shooting has become another youth sport, for all the good and bad that entails. It’s great that so many kids are participating, and the program puts shooting in a very positive light. More and more of our US team shooters come up through SCTP. A lot of kids from non-hunting and non-shooting families get exposed to shooting through school-based teams. Many win varsity letters. Some non-hunters start hunting because of their involvement in SCTP. A few go on to shoot in college. That’s all to the good.

At the same time, shooting, for those who are serious about it, is a year-round, money-intensive sport. It takes up the kid’s time, and the whole family’s time and a lot of money. Lots of parents watch their kids shoot, not that many shoot with them. It is what it has become, and I still love it, but I miss the days when you could take kids who liked to hunt, coach them up for a few weeks, do well at State, then let them go back to being regular kids again.