The Most Important Feature Of A Good Soft Plastic

I vividly remember rummaging though my late grandfather’s old bass fishing tackle as a kid and finding numerous pickle jars... 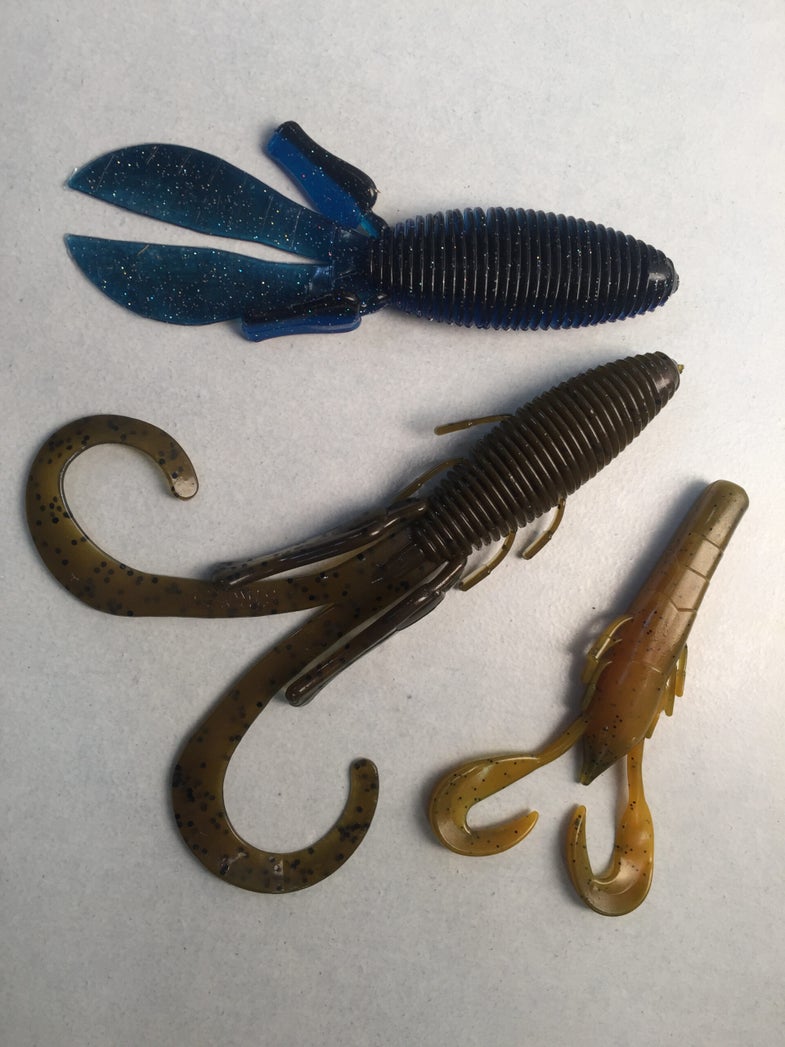 I vividly remember rummaging though my late grandfather’s old bass fishing tackle as a kid and finding numerous pickle jars filled with massive plastic worms bathing in oil. The texture of the worms wasn’t the greatest compared to these days, and the oil was messy to say the least. I suppose that’s because early generations of plastics needed all the pliability help they could get in order to last and catch fish. So, what really is enhanced in the year 2016 compared to 60’s and 70’s plastics? I called my friend, pro fisherman and owner of Missile Baits John Crews to add to get his insight.

John and I both agree that action speaks louder than realistic looks. As a plastic bait manufacturer, John and his team spend countless hours testing prototypes to determine the best action. I personally feel that action used to take a backseat to realism in the old days, and in many cases, still does today. If I had a nickel for every company that makes plastic baits that look exactly like something, but catch nothing, I’d probably be rich. Think about it: if you analyze the bass fishing plastic market from a functional bass fishing standpoint, most of the great baits that are fish-catching machines hardly look like anything specific in the ecosystem. Take the Senko, for example. It looks like Uncle Lewis’s stogie from “Christmas Vacation,” but that shimmy as it sinks is the irresistible ticket to getting bites. Or take the photo of some of Missile Bait Company’s top producers see here. Although the baits slightly resemble a craw, John’s design objective was way more tailored around action. The D-Bomb (top) for instance, gets a lot of its fish-catching action by the thinness of the rear flappers. The fine ribs and other intricate details accentuate the action, but are more so functional design characteristics for the type of hook used and the cover its fished in. It’s like that with most of the great baits out there; a few action-related features make them shine.

One of the other topics that John shed some light on was the resurgence of large plastics. It seems like the plastics world went finesse for a decade or more, especially before all the more recent advancements in materials. Probably because old-school over-sized plastics didn’t have the best action. Therefore, anglers seemed to lose trust in the giant, creepy-looking 9-legged thingamajiggers that were stiff as a board, and fell back on the small stuff in a pinch. It’s like we were all afraid of slapping on the big stuff because we were so finesse oriented. Now, things like laminated coloring, breathable actions, hybrid molding procedures, and globalization of plastic designs have helped us come full circle back to the big stuff, except this time we don’t have to weigh down our boats with oil-filled pickle jars of plastics. Keep you eyes peeled, because maybe pretty soon we’ll have computer chips in our creature baits that make them dance.