The average walleye fisherman is waiting patiently for opening day on a nearby lake, where he’ll hit the water with... 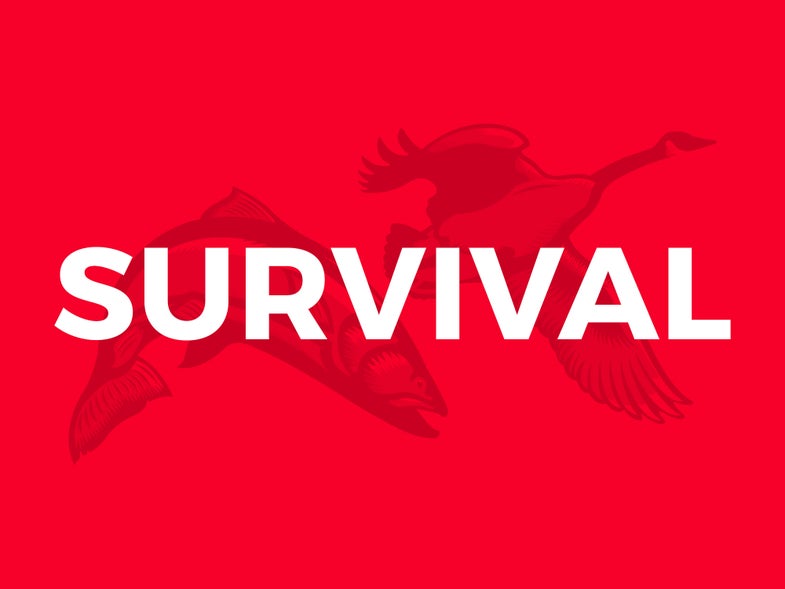 The average walleye fisherman is waiting patiently for opening day on a nearby lake, where he’ll hit the water with the same tired techniques that he used last year. But who wants to be average?

Why not try something different and join the ranks of the walleye addicts, who right now are heading to rivers, where the season is already open and the walleyes are running. Here is an arsenal of new tricks to help you succeed.

The River
Walleyes position themselves in spring rivers depending upon two primary factors: their mood and the water level. The important thing to remember is where they feed is different from where they rest.

“I look at the flats as feeding zones and the holes as sanctuaries,” says John Campbell, a professional angler who competes in the WalMart RCL Walleye Tour. “I’m always looking for large flats near deeper holes and paying attention to where the shallows turn deep.”

In feeding mode, walleyes scatter across the flats, with 8- to 12-foot depths of particular importance. Focus on areas above and below holes, and concentrate on a hard bottom–gravel and sand, for instance (you can feel it with a jig)–that holds fish. Rises and dips in that surface are all the better. Look for them with your electronics.

And walleyes in rivers situate themselves at the bottom–within inches of it, instead of suspended some distance above it. When current pushes by them overhead, a slack area tight to the bottom lets walleyes lie without overexertion, waiting for food to wash past. In rivers with shipping traffic, many of the flats have been dredged to create channels. The edge of the channel, where the current smashes into the break, holds fewer fish than the middle, where walleyes rest around rock piles and other obstructions. (Scary thought: These could be slag, rebar, concrete, washing machines, bed-springs, autos.)

High water can throw everything into disarray. When rivers rip with rain and melt, wall-eyes tuck tight to the shore, where the current is diminished. They also sneak into backwaters for repose, usually within a block or two of the main channel. Skittering baitfish on the surface indicate that walleyes aren’t far behind.

The Technique
Vertical jigging–dropping a jig straight below the boat–seems simple, but it’s a whole different game on rivers. I’ve learned a lot from leadhead impresarios like Campbell and Minnesota’s Tommy Skarlis, winner of the 2001 In-Fisherman Professional Walleye Trail Tournament on the Detroit River.

For starters, Campbell and Skarlis focus on a specific depth–say, 12 feet–and drift downstream while jigging. But what you do with the boat is every bit as important as what you do with the jig. To keep control of your craft and, thus, your jig, point the bow straight into the wind or upcurrent and turn on a bow-mounted trolling motor for just a moment, with its power dialed to about three-quarters of maximum. Now, when your jig starts to slip off a vertical line as the boat strays, burst in the direction that will return the lure to the correct alignment. “If I’m slipping with current, I’m tap-dancing on the foot pedal,” Skarlis says.

Thin Berkley FireLine on a 6-foot medium-action spinning rod plays another important role in proper jigging. In particular, the Flame version is a bright green that’s easy to see when you’re chasing your line to stay vertical, and the gossamer thread (6-pound FireLine has the same diameter of 2-pound monofilament) provides reduced water resistance that makes it easier to stay straight. Go with enough weight–1/4 ounce in light current, and 3/8 to 5/8 ounce or more in fast and/or deep water.

On big, brawling rivers like the Detroit, a narrow chute where the current thunders along at 7 miles per hour between Lakes St. Clair and Erie, it would be impossible to jig any way but vertically. If you’re on moving water with lesser current, however, a viable and thoroughly effective technique is to troll with a heavy jig weighing from 1/2 to 1 ounce, depending upon how much lead it takes to keep the line at a 45-degree angle as you ease with a bow-mounted electric motor at a slow walking pace upstream.

The method has its advantages. After doing the vertical program on a downstream drift, you can pull jigs back upstream at a precise depth level and hover over crucial pockets of fish-holding hard bottom, working a pod of walleyes for longer than would be possible if you scooted right over them with the current.

The Presentation
What you do with the jig is essential–and it varies from day to day, even hour to hour. “Sometimes walleyes want it quivering in place,” Campbell says. “Other times it’s got to be dragging along. Or maybe they want it popped off the bottom. Or they like it held inches above the bottom. The difference between figuring out what they want now and not figuring it out is the difference between catching 10 fish and catching one.”

Paying attention to plastic trailers on the jighead can make a difference, too. On Great Lakes rivers, where smelt and shiners are the predominant baitfish, 3- or 4-inch Berkley Power Minnows are a sensible match. Where shad are commonplace, try a Berkley Gulp! Minnow, with its paddle tail, or a similarly shaped plastic. On the Mississippi, walleyes will mow down plastic salamanders up to 8 inches long.

But no matter which walleye river you hit, the action is hot right now. Why wait?

—THE MARTIN RIG When muddy water obscures your jig, troll this double-barreled rig, which will put a pair of thrumming lures in the fish’s face. Developed by walleye pro Mark Martin, this rig excels for creeping upstream with a gas auxiliary motor, tacking the current to hold the lure in important spots behind bridge abutments, on channel edges, and around river mouths. You want a slow walking speed and the line at a 45-degree angle below the boat, touching the bottom with the sinker, lifting it up, and touching down again to keep close to the bottom. The reason for twin leads is twofold: on one hand, to double your pleasure with the most baits on one rod allowed by law (check local regulations); on the other, to catch walleyes on the trailing bait when they swing and miss at the first but have their eyes wide open for a second chance. On the bottom lure, a spinner blade with beads deflects debris and also provides extra flash and thump that often is just what the walleye doctor ordered.

—THE VERTICAL JIG KNOT Last spring on the Illinois River, chasing saugers with Skarlis, I learned a knot trick of his that puts the jig on a horizontal plane while vertical jigging, which gives the lure a more realistic appearance. This also keeps the hook upright to reduce snags. Using 6-pound Berkley FireLine, Skarlis ties the Trilene knot with seven wraps around the standing line and cinches it tight to the top of the eyelet. Catch a fish, unhook it, return the knot to the top of the eye, and you’re back in business. –D.S.