Last weekend I jumped on my boat for a little inshore catch-and-release shark action with friend and former FS intern...

Last weekend I jumped on my boat for a little inshore catch-and-release shark action with friend and former FS intern Rick Bach. Though I initially set out heavy “shark-worthy” rods, by the time we hooked brown shark number five, I had had enough. I pulled a few lines and re-rigged on gear more suited to catching flounder. Why? Because a 100-pound brownie is far more fun that way. I just couldn’t help myself. 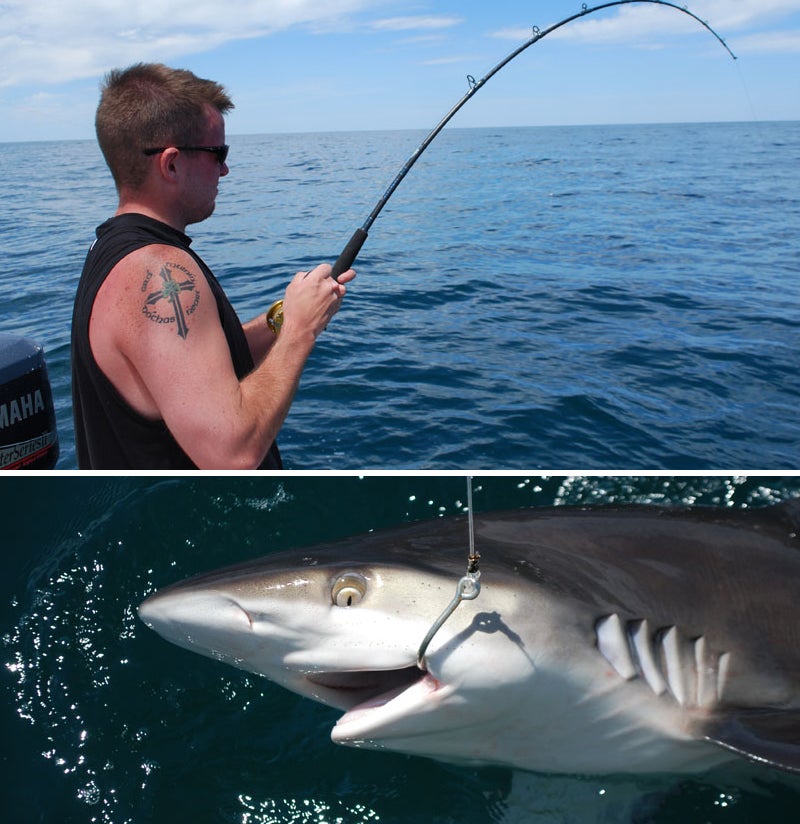 I’m a light-tackle junky, and will conive any way I can to catch whatever I’m after on something lighter. I’m notorious for chasing trout on 5-weight rivers with a 3-weight rod. If I’m flounder fishing, the same gear I used for the sharks that is about right for flounder will go out the window in favor of a spinning rod more suited to trout.

One of the most exciting fights I ever experienced was with a bluefin tuna on a super-light spinning rod. I saw bare spool four times, and each time the line got that low, I managed to gain it back until I beat the bugger. Of course, there are many cases where you just can’t play the light game for a number of reason, notably fish health. The best example I can think of is tarpon in Florida’s Boca Grande Pass. If you were to use anything other than a telephone pole, you’d never beat a tarpon before the hammerheads ate it.

Where do you stand on light gear? Are you always looking for the lighter fight, or believe in matching gear to species all the time always?