I get a lot of books mailed to me for review. I write about very few. Not that I don’t...

I get a lot of books mailed to me for review. I write about very few. Not that I don’t like them… it just takes something special, something that breaks the mold, to get me to write about it. 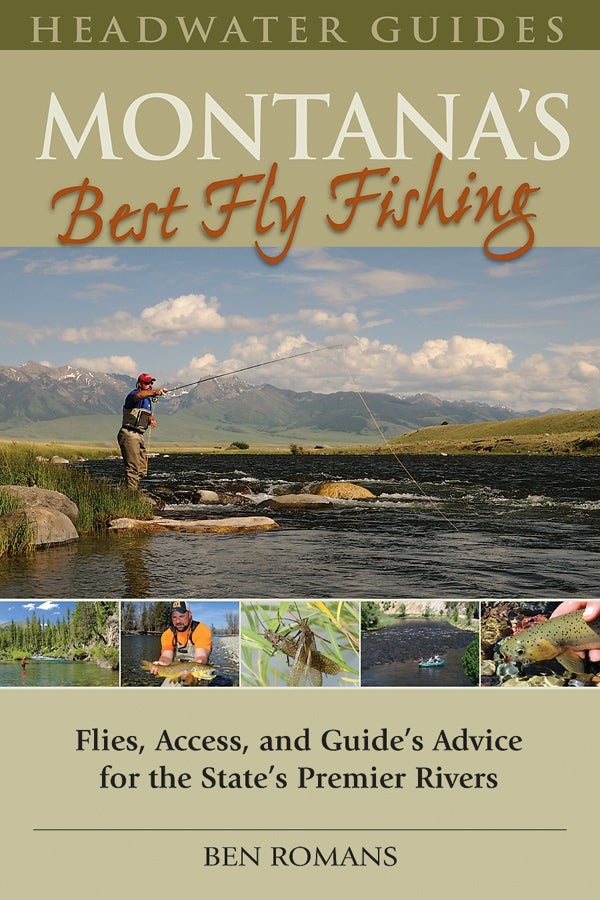 That’s exactly what Montana’s Best Fly Fishing by Ben Romans (Stackpole/Headwaters $29.95) is… a guide book that redefines how guide books can and should be done.
Now, many of you may recognize Romans for his work for Field & Stream and elsewhere. His influence on Field & Stream stories actually extends beyond the bylines. For example, a few years ago, Honest Angler Joe Cermele talked the editors into an “on the road” Montana fly fishing feature for the magazine. Having scored the story, Joe had one small problem to tackle: figuring out where the heck he should go fish… and when… with what!!! So he called me. And I certainly didn’t have all his answers… but I knew who would. Romans.

Truth is, Ben Romans and I have a long professional relationship. Many years ago, while Ben was an editor with Fly Fisherman, he was my boss/editor on a piece I did for that magazine. Now, the worm has turned, and he contributes to my magazine (Angling Trade), so I gratefully get to drop the hammer (at least the red pen) on him from time to time… but I rarely do. He’s one of the most plainspoken, eloquent, and honest writers I know.

And therein lies the beauty of Montana’s Best Fly Fishing. No doubt, Romans is like a human Wikipedia when it comes to fishing Big Sky Country. But it’s the clear layout, and the calm, concise, credible author’s voice that takes the book to high levels. Reading his book is like sitting on the tailgate of a truck, and hearing a buddy talk–not bragging about all he knows and what he’s seen, rather coaching you on how to get the very most out of your next fishing day(s) in Montana.

From blasting and casting on the Bighorn, to the best put-in approach for the Clark Fork, to the nuances of reading hatches on the Kootenai, the book is as impeccably detailed as anything you’ll ever see on fly fishing in Montana. In fact, I think it is the best guide book on any locale I’ve ever seen.

Is it for everyone? Well I suppose if you never plan to fish in Montana (and that’d be a shame, not to at least hope to fish there), it won’t be up up your alley. But I will say this: If you ever plan a once-in-a-lifetime pilgrimage to Big Sky country, this is your primer. If you are a semi-regular who makes a trip to Montana every year or few years, this is the book that will open new opportunities. Even if you live in Bozeman or Missoula, work as a guide, and think you have it pretty dialed, trust me, you’ll still learn plenty (it’s a big, big state, after all) in this handy reference. — Deeter