Global Warming… Get Your Fishing in Now

Rivers full of hatchery fish, invasive species fouling up waterways, and now a little global warming. What a week of... 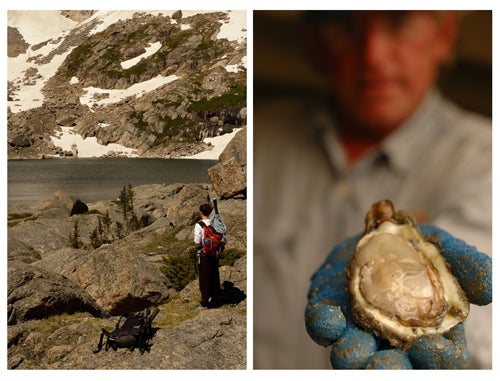 Rivers full of hatchery fish, invasive species fouling up waterways, and now a little global warming. What a week of doom and gloom for the Fly Talk faithful. Sorry, but this one caught my attention two days ago on CNN. The story is “Five Places To Go Before Global Warming Messes Them Up.”

Normally, I’d glaze over an alarmist story like this. Then I realized the second and third places are two of my favorite places to fish on earth. New Orleans, Louisiana, and Rocky Mountain National Park, Colorado. Sobering to say the least. To to hear that we’d better get a move on and see these places before they’re gone has me depressed this morning.

In 10 years, maybe most of the the evergreens in Colorado will be gone (due to pine beetles unchecked by cold snaps that used to be more prevalent). In New Orleans, floods will be more frequent with storms (like Katrina) rendering the city almost uninhabitable. As the story says, “There are two ways to look at this: Either stay home (which might be less depressing and won’t add more airline emissions) or get a move on it and see the hot spots you just can’t miss.”

The science says the paltry concessions we’ve been trying to make to fix this mess won’t do a thing unless we get much more aggressive with them. I just don’t see that happening… I’m going up to Rocky Mountain National Park and New Orleans as many times as I can. I’m bringing my camera and taking pictures. At least I can show my kids and grandkids what it used to be like. Any of you contend global warming is a myth? For those of you concerned… what places are you worried about, and where will you visit? TR