Here’s an arcane branch of fishing lore that you don’t hear much about but which I’m sure is more prevalent... 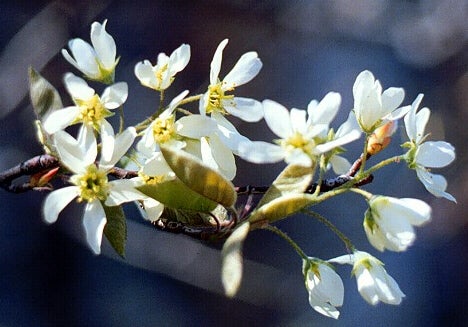 Here’s an arcane branch of fishing lore that you don’t hear much about but which I’m sure is more prevalent than most people think. It’s called Phenology, which is simply the study of how the timing of various animal or plant life-cycle events relate to one another. Paying a little attention to this can actually help you catch a few more fish.

As one example, when the shadbush (shown) is in blossom along northeastern trout streams, Hendrickson mayflies start emerging. So when I see that tree in flower, I know not only that it’s time to get on down to the river but also what fly patterns to take along. The timing of fly hatches and flowering plants are both subject to changing seasonal weather patterns that vary from year to year, which is why one very handily predicts the other.

There’s more to this than just hatching bugs. Blossoming lilacs, for example, mean that anadromous American shad are starting to stack up behind dams on the upper Connecticut River near here. So it’s time to go shad fishing. Apple blossoms here coincide with the first waves of migrating striped bass along south-coastal Massachusetts farther south. It’s all kind of a country boy’s fishing predictor. You might well know of some others, so let’s hear ’em….