Turkey hunting, done right, is a one-shot affair. And, while I hunted with Mossberg’s discontinued SSi-One single shot and a... 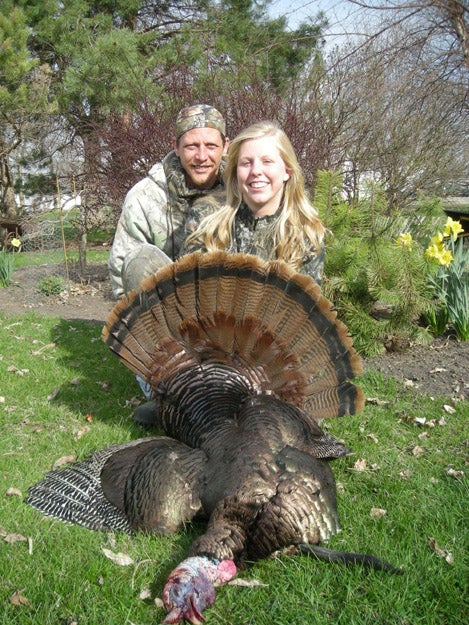 Turkey hunting, done right, is a one-shot affair. And, while I hunted with Mossberg’s discontinued SSi-One single shot and a couple of muzzleloaders for a few seasons, I prefer pump guns, for those days when one shell isn’t enough.

The problem with not killing your bird on the first shot is that turkeys tend to run away when they hear gunfire, dramatically increasing the degree of difficulty of subsequent shots. It takes a cool head to make that follow-up and I, for one, am not at my calmest when a turkey is getting away.

I’ll always remember one Missouri gobbler that got up and ran right at me, wings held wide, after I rolled it over at 20 steps. It wasn’t charging, and that’s a good thing, because I missed over its head with the second shot as it closed the distance between us. It took off flying, and I fired my BPS again as it gave me a left to right crosser at 10 yards or so. If I hit it at all with the third shot it, must have been a single Golden BB. It crashed dead to the ground.

Last Thursday morning, Kayla Fountain of Martelle, Iowa, delivered a follow-up shot with the coolness under pressure that usually eludes me. That’s Kayla with her father Dave in the picture, which was taken and sent to me by my friend MD Johnson. The three of them shared a blind that morning.

Kayla, who is now 17, graduated this year from her Youth 870 to Dad’s Super Black Eagle. She took her first shot when the bird was no more than ten feet from the blind, and not surprisingly, being that close, she missed, clipping feathers off the turkey’s back.

The tom took off running.

Apparently Dave and MD had neglected to brief Kayla on the “repeat” function of a semiautomatic shotgun. She looked at the unfamiliar SBE, then asked: “Do I have to pump to make this shoot again?”

“No,” yelled Dave and MD in unison.

So she did, and knocked the running turkey flat as if there was nothing to it. Kayla’s got me beat for second shot stories. Anyone else?