I started hunting and fishing with a mountain bike in college because I didn’t have a car and I was... 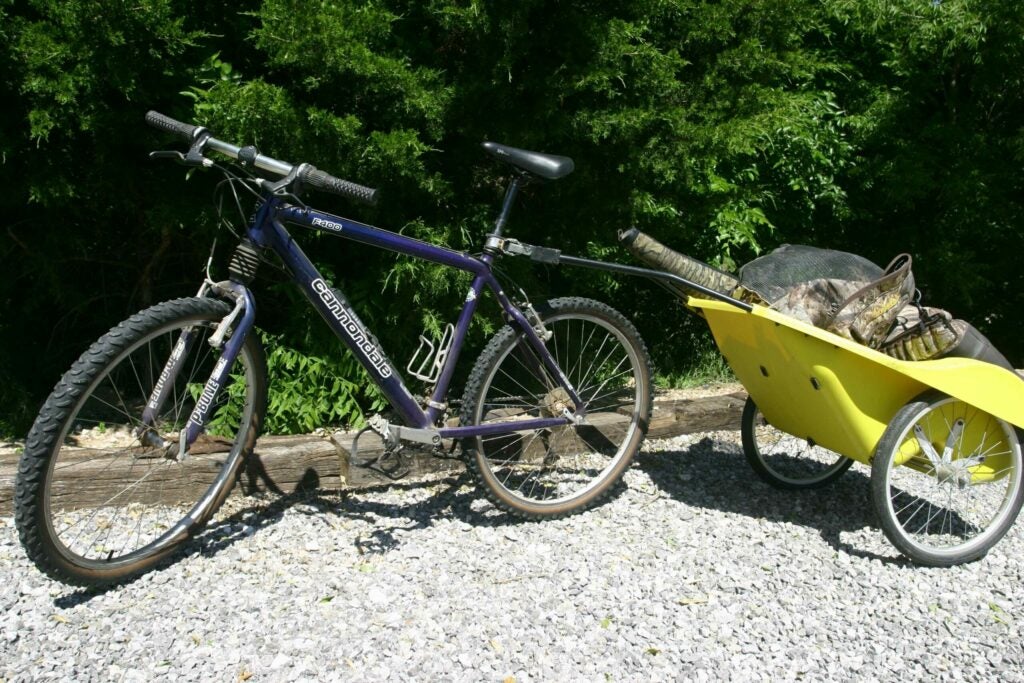 I started hunting and fishing with a mountain bike in college because I didn’t have a car and I was young, fit and poor. I am now old, fat and regrettably still poor, but I still enjoy using a mountain bike to hunt and fish public land.

A good mountain bike is a surprisingly effective means of off-road transportation and I’ve always wondered why more hunters and anglers didn’t utilize them, especially in areas closed to motor vehicles.

As it turns out, maybe they are

During the first quarter of 2009, more bicycles were sold in the US than cars and trucks. While the Great Recession is hurting bike sales, they didn’t fall as fast as automobiles. Over 2.55 million bicycle purchases were made, compared to less than 2.4 million cars and trucks that left our nation’s lots.

Now I’m not naive enough to assume everyone out there is trading in their 4X4 for a bicycle, but perhaps the grim economy is forcing many of us to take a new look at how we live, and that’s always a good thing. And really, mountain bikes have a lot of upside and very few negatives. They’re cheap compared to ATV’s, they’re quiet, they do much less environmental damage and unlike ATVs, regular use of a mountain bike will not turn you into a jiggling lard-butt.

Here’s my ride. An oldie-but-goodie aluminum-frame Cannondale hardtail that pulls an old Cannondale Bugger trailer (my apologies to all the offended Brits out there, but that’s what they named it. Don’t ask me why). I use it mainly (aside from recreational riding) for accessing remote fishing areas on public land and during early bow season. I also use it for duck hunting sloughs and ponds that are too far to walk to while packing waders, decoys and a gun. And since I’m not pedaling at a Lance Armstrong pace, my dog just trots beside me. When I reach my area I either lock it to a tree away from my hunting spot or I throw some camo netting over it. It can go damn near anywhere, pulls all the gear I need and I can throw it in the back of the truck with one hand.

What’s not to like? I’m even considering putting some road tires and panniers on it, buying a true touring trailer, throwing a couple pack rods and a float tube in it and going on a cross-state fishing trip.

Surely I’m not the only one who’s thought of this. Anyone else out there use a mountain bike for hunting or fishing?