If you’re a regular on this website, you no doubt recall the “Field & Stream” buck, the video of which...

If you’re a regular on this website, you no doubt recall the “Field & Stream” buck, the video of which caused quite a sensation last summer. The buck, filmed in Buffalo County, Wisconsin, by guide Scott Kirkpatrick, was shot in early November by bowhunter Bob Decker. The monster whitetail scored 233-2/8″ and ranks 8th among all Wisconsin non-typicals and is the Badger State’s top bow-killed nontypical buck.

So “The Field & Stream” buck should now rightfully be known as “The Decker Buck.” 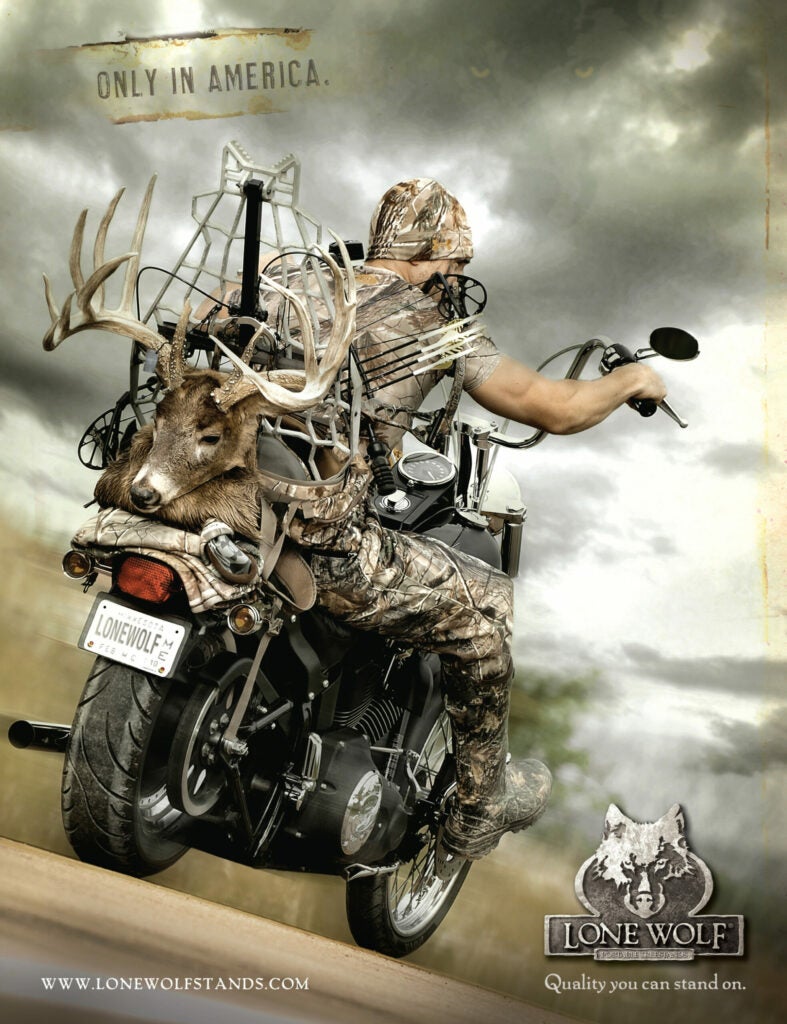 But this great deer is getting even more exposure lately and may eventually be known to some as, “The Lone Wolf Buck.” In a new ad for Lone Wolf Tree Stands, the Decker/Field & Stream buck is shown strapped to the back of a Lone Wolf stand, which is strapped to back of a young, very buff bowhunter riding a Harley Davidson motorcycle!

I’m a big fan of Lone Wolf products, having used them extensively in my whitetail hunting journeys (none of which has ever involved a Harley, by the way). So I got a kick out of this ad, and am glad that Jeff Bast–co-owner of Bast/Durbin Associates, the company that handles Lone Wolf’s publicity–pointed it out to me this week. It’s an interesting take on the modern bowhunting experience, no doubt. But I thought folks who’d followed the saga of the Field & Stream Buck might be interested to know that this is one deer that just keeps getting air time!