Not too many seasons ago, I arrowed a Wisconsin buck after it trotted in to a decoy. There were only... 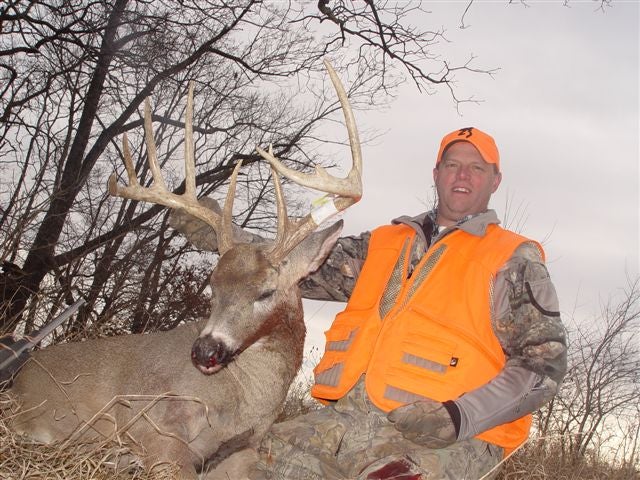 Not too many seasons ago, I arrowed a Wisconsin buck after it trotted in to a decoy. There were only a few clicks of shooting light when the buck appeared, homed in on my fake, and buzzed in. That sequence took less time than it took for me to write about it, and in the heat of the moment I never noticed the buck had broken off his left main beam just past the G-2.

Had I seen the break I’d have still shot the buck. He was a gorgeous, mature animal that made my knees knock when I spotted him. And the knocking continued even after the recovery, when I discovered the buck was a 5X2 that looked a heckuva lot better from one side. I had a head mount done of the buck, and it remains one of my favorite trophies.

Things got more interesting a week later when the landowner of the property called and said he had a trail-cam pic of my buck–taken about 10 days before my kill–packing both sides! Had I shot the whitetail before he started bickering with his neighbors, the buck would have scored in the 140’s, the now-mangled left side a near-perfect match for the impressive right.

Though it was certainly an option, I never even thought about having my taxidermist fix the broken rack. Part of the decision was money, but another was this; I shot the buck for what he was then, not what he was two weeks before. The cam-pic was a novelty to me, not a gnawing reminder of my buck’s record-book potential.

I hadn’t thought about this decision for years until a few days ago, when a good buddy sent a photo of the buck pictured below. Shot during Iowa’s late muzzleloader season, the gorgeous 10-point sports two snapped off tines, which my friend intends to have repaired by a taxidermist. I totally support his decision to make those repairs.

Of course, one need look no further than our own Booth Babe gallery to recognize that some people are not shy about seeking professional help when it comes to the enhancement of physical beauty…or at least their definition of it. So what are your thoughts? You kill a buck with some busted tines or a snapped-off main beam. Do you accept him in his present state, or do you rely on a plastic surgeon to help your whitetail be all that he can be…or at least was?